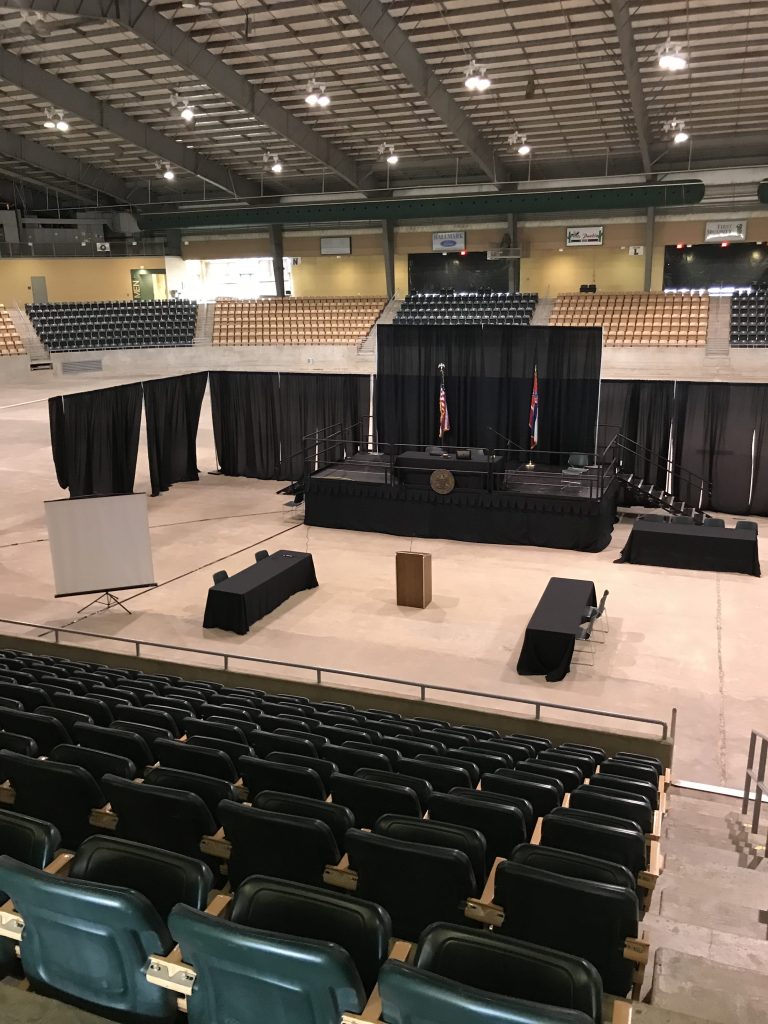 From professional rodeos to dirt bike races, the Batesville Civic Center has hosted a plethora of events in its 20 years. The long list now includes a jury trial after the venue was the site of a Circuit Court trial the first part of this week.

Panola County supervisors took the unusual step of declaring the Batesville Courthouse as unusable for a jury trial because of the pandemic and designated the Civic Center as a temporary courthouse.

Murphey said the move was necessary to accommodate the trial of the State of Mississippi vs. Clinton Winters, Jr., and Kimberly King. The pair were charged with possession of methamphetamine, with Winters standing trial labeled as an habitual offender.

Since the county courthouses were closed in April because of the coronavirus the Batesville courtroom has been used sparingly for Chancery Court hearings and come Circuit Court procedures, but not for a full-blown jury trial.

Smith asked the supervisors to move the courtroom because the process of jury selection would be too difficult, or impossible, to complete if people were to maintain the suggested social distances during the process.

The cost of erecting a courtroom at the Civic Center is expected to be covered by the CARES Act because the county was essentially forced to make other arrangements to hold jury trials.

In addition to the time and expense of creating a courtroom setting, the Sheriff’s Office was also charged with providing security for the court during the procedures. Sheriff Shane Phelps and top assistants spent several hours at the Civic Center Friday morning working out details for citizens’ safe entry to the temporary courtroom and establishing protocol for securing the perimeter.

The courtroom was ready for official duty Friday afternoon, but Sheriff’s officials asked that photos of the setup and a description of the setting not be released to the public until after the trial began to avoid having the general public learn the details of the layout.

1. Part of the Civic Center was made into a temporary courtroom for a Circuit Court trial this week.