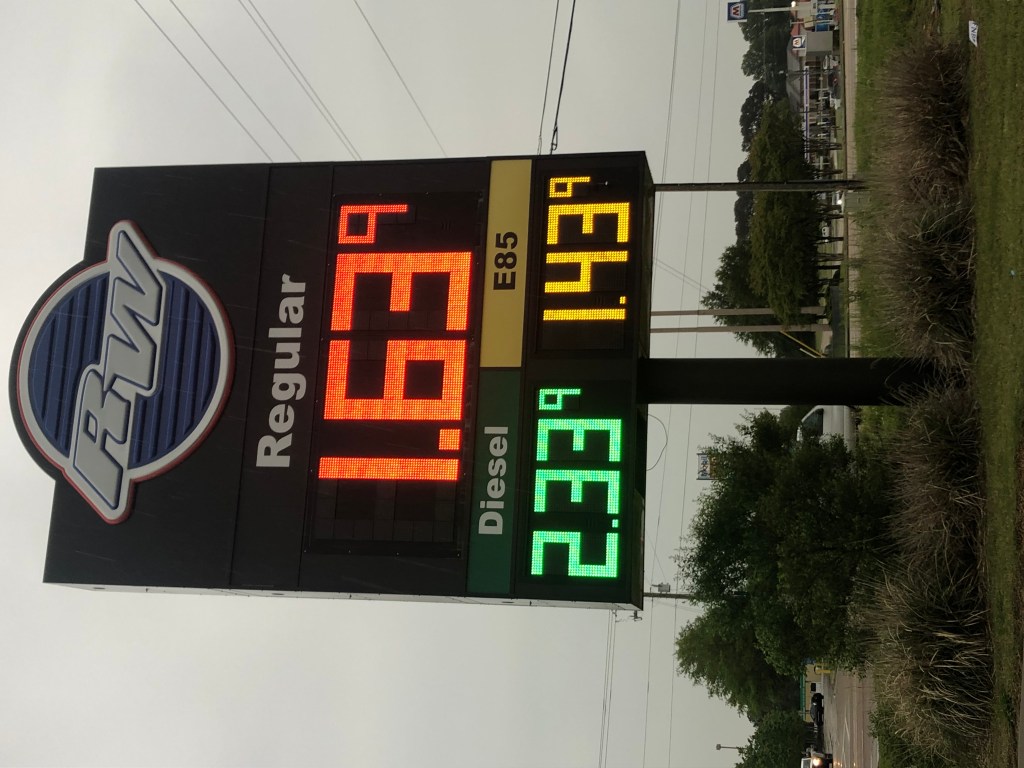 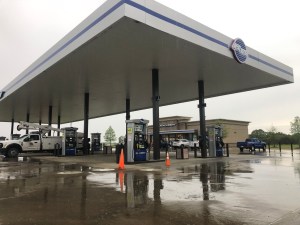 Batesville residents are paying inflated prices for gasoline because of the actions of the Mayor and Board of Aldermen and their curfew order, city officials heard in their regular meeting Tuesday.

The matter was brought up by Alderman Stan Harrison at the end of the session. “I wonder if anybody can tell us why our gas in Batesville is twenty and thirty cents higher than anywhere else in North Mississippi?” he asked.

“I just want to know from the rest of the board if there is anything we can do about this,” he said. “We are getting off really bad around here. Gas in Charleston is ninety-nine cents and has been for a month.”

Mayor Jerry Autrey said he was told the management of Raceway convenience store off Hwy. 6E, next to Lowe’s, was angry when the city board voted to include all retail businesses in the city, except one gas station, in the 9 p.m. to 6 a.m. curfew about two weeks ago.

At the time, aldermen said they were excluding the Love’s Travel Stop on Hwy. 35N, and all other stores that sold diesel and had full restroom accommodations, including shower facilities, for big rig truck drivers.

The only other businesses to meet those qualifications is the Batesville Truck Stop (formerly Maggie T’s) and that store generally closes at 9 or 10 p.m.

Aldermen said truck drivers from across the nation using Interstate 55 needed Love’s facilities to help maintain the flow of goods to often-empty shelves in the Southeast due to the coronavirus-caused hoarding of grocery items, and general shortages.

Other aldermen said they have also been receiving calls from upset citizens who are aware motorists in cities in a 60-miles radius of Batesville are paying less, significantly less in some cases, for fuel.

Alderman Bill Duggar said he was getting phone calls before the board decided to order stores to shut at 9 p.m. in an attempt to help police enforce the curfew. Because convenience stores, gas stations, and restaurants are considered essential businesses during times of emergency, the stores were keeping later hours and attracting citizens after the curfew hour.

Raceway strongly objected to the board’s decision, arguing the store sells diesel and should have been allowed to stay open.

Autrey said he was told that Raceway was upset about the order and raised their gas prices with other companies following suit. Board members said they also heard almost every other Batesville station follows Raceway’s pricing, no matter what the retailers are paying on delivery.

An unimpeachable source with privileged information said that has been the case since Raceway opened the store several years ago.

The recent price hikes are substantial considering the number of gallons sold in Batesville in an average week, the source said, indicating that some of the city’s larger distribution operations have already begun to fuel their trucks outside of the city to save fuel costs.

Public Works Director David Karr said residents have also questioned him about the price increases here while gas prices are dropping elsewhere. He said he explanation that Raceway is setting prices for other retailers in Batesville doesn’t seem plausible.

“It all has to do with the rack price they are paying out of Vicksburg, or Greenville, or wherever they are getting it,” Karr said. “I don’t see how they can control the prices at Love’s  or Shell or anywhere else.”

Karr reminded aldermen that oil futures were being traded at less than zero earlier in the week, and the whole matter of pricing should be driven by simple economics.

“There is such a supply for oil and no demand that producers are paying people to take it out of storage so they can pump more oil. I don’t know we aren’t paying zero for gasoline,” he said, prompting the first laughter of the meeting from the officials, most participating by phone.

As of Wednesday morning a check of fuel prices in Batesville revealed that Raceway’s price for regular 87 octane for $1.63/gallon – the same as all other stations on Hwy. 6 except for Marathon and Mobil at $1.64.

Further east, at the Black Jack Rd. intersection with Hwy. 6, gas was advertised for $1.59.

Charleston stations fluctuate, but the average appeared to be about $1.29, with one station selling for 99 cents. That station has had that price for about a month and is enjoying a booming business, reports said.