Felony assault charge sought for woman who coughed on policeman 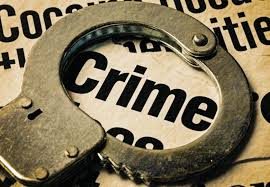 The Batesville Police Department will ask the next Grand Jury convened in Panola County to charge a local woman with aggravated assault of a law enforcement officer after she allegedly coughed in the face of a policeman in the process of arresting her on shoplifting charge.

Police Chief Jimmy McCloud said the woman intentionally coughed into an officer’s face and said she was infected with the coronavirus that has caused the Covid-19 pandemic. The incident happened Sunday evening at Walmart.

The chief said an ambulance was immediately called and EMTs took the woman for testing, treating the situation as if she were positively infected. McCloud said a quick investigation revealed the woman has multiple warrants from other jurisdictions and may have claimed to have coronavirus when she realized she was about to be arrested and jailed.

“We found out the woman has no fever and doesn’t really have a cough, but we are being very cautious,” McCloud said. The officer was immediately sent home to wash and change clothes, and will wear a protective mask when he resumes his shift work.

“We will monitor him like we are all of the police department employees,” McCloud said.

The Mayor and Board of Aldermen heard about the matter during their Monday morning meeting, where McCloud informed the board he would be seeking a felony indictment. Penalty under state law is a fine up to $5,000 and/or jail time up to 30 years.

“People are overall doing really well, but as normal in every situation we do have a few people that are somewhat hardheaded,” he said.

No new cases in Panola County reported in Monday…