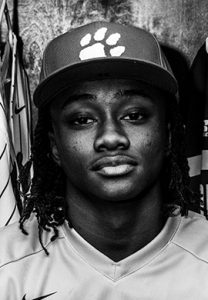 There is no doubt the South Panola High School baseball team enjoys its yearly Spring Break trip to play on the Mississippi  Gulf Coast. It’s even better when the Tigers get a clean sweep of games.

The Tigers won three games over the weekend in the Battle on the Beach tournament. South Panola (7-3) defeated Harrison Central 7-4 Wednesday before downing West Harrison 8-5 Thursday and West Lauderdale 3-2 Friday.

Dawson Griffin improved to 3-0 on the mound and delivered two singles as the Tigers held off the Red Rebels at West Harrison High School.

The Tigers scored four runs in the second and fourth innings to defeat the West Harrison Hurricanes. The game was played at MGM Stadium in Biloxi, home of the Class AA Minor League professional baseball team Biloxi Shuckers.

Mari Boyd hit his third home run of the season along with two singles and two stolen bases. Bo Williams tossed 2 1/3 innings on the mound to earn the win.

The Tigers closed out the tournament Friday with a win over the Knights by scoring two runs in the top of the seventh inning.

The Tigers, like all Mississippi high school sports teams, are waiting for further updates from state officials about the future of their spring season.