Train problems not a Batesville issue 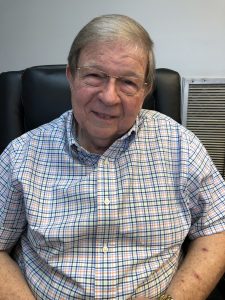 Mayor, others not happy passengers left stranded; railroad made the decision

The debacle that was The Train to Christmas Town this year in Batesville has prompted Mayor Jerry Autrey and other city officials to renounce the management of the holiday excursion trip, and look for ways to apologize for the inconveniences endured by ticket holders unable to experience the ride.

Mostly, officials hope to reach the discomfited, and downright angry, families who came to Batesville for the holiday-themed train rides earlier this week, only to learn The Train to Christmas Town had been canceled for the remainder of the season.

“This is a black eye on the City of Batesville when we had nothing to do with the decision to stop the train, and we’re not going to take the blame,” Autrey said. “The city did our part and made every effort to make the Downtown Square beautiful and promote The Train to Christmas Town, and the people of Batesville do not deserve to have our good name associated with bad management.”

“Too many people in Batesville worked too hard for the train to be a success for visitors to leave here with the wrong impression of the kind of city we are,” Autrey said. “The people of Batesville and all our city workers made this year’s Train to Christmas Town one of the best ever before things happened that were out of our control.”

“The train company should have announced that it was their decision to stop the train and not the City of Batesville’s fault. I’m very unhappy with the way they treated the people who drove here, some of them lots of miles, without being told the train was cancelled. It will not happen again,” he said.

The problem started last Thursday evening on the train’s first run of the day. South of Batesville a section of rail turned on its side due to a couple of loose crossties. This caused four cars of the train to derail, and made for a bumpy ride for a few feet until the train came to a stop on the crossties.

The train was never far off the rails and no car was in real danger of turning over. The accident did jostle passengers – the manifest recorded 308 riders plus the crew – and sent hot cocoa dishes sliding off tables.

Panola County sheriff’s deputies and Batesville policemen, along with volunteers from fire departments and other first responders, were praised in news reports for their quick response. School buses were used to shuttle passengers back to the Square.

Everyone aboard was checked by a medical professional, and refunds and free tickets were offered on site. Although local officials believed the Memphis television stations overplayed the derailment – some reports said passengers were terrified they might die – they were generally pleased the segments aired portrayed Batesville in a positive light.

Passengers seemed to understand the problem was minor, and had been repaired. Although the train was closed Friday, most all reservations for the remaining four days of the scheduled seasonal rides were kept, and Batesville officials continued to promote the train.

Without warning, or advance notice, Grenada Railroad authorities declared the train unsafe on Monday, and cancelled the last two days of scheduled runs. Many ticket holders complained they were not informed of the cancellation, and drove to Batesville Monday intending to enjoy the holiday trip.

Autrey and others were baffled why the operators of the railroad would make the decision with no warning, and were left scrambling to find out more information.

Joe Azar, CEO of Panola Partnership, said his office, and those of the Main Street Program, were saddened by the events surrounding The Train to Christmas Town, agreeing that Batesville’s public image suffered because of the decision to cancel.

“The people of Batesville can be proud of the way we treated each guest that visited here to experience The Train to Christmas Town,” Azar said. “Our job was to promote the train, and to make our city as welcoming as possible, and we did both of those things to the best of our ability.”

Autrey said he and others will meet with associates of the owners of the train again next week to discuss any future participation of the city with holiday train events.