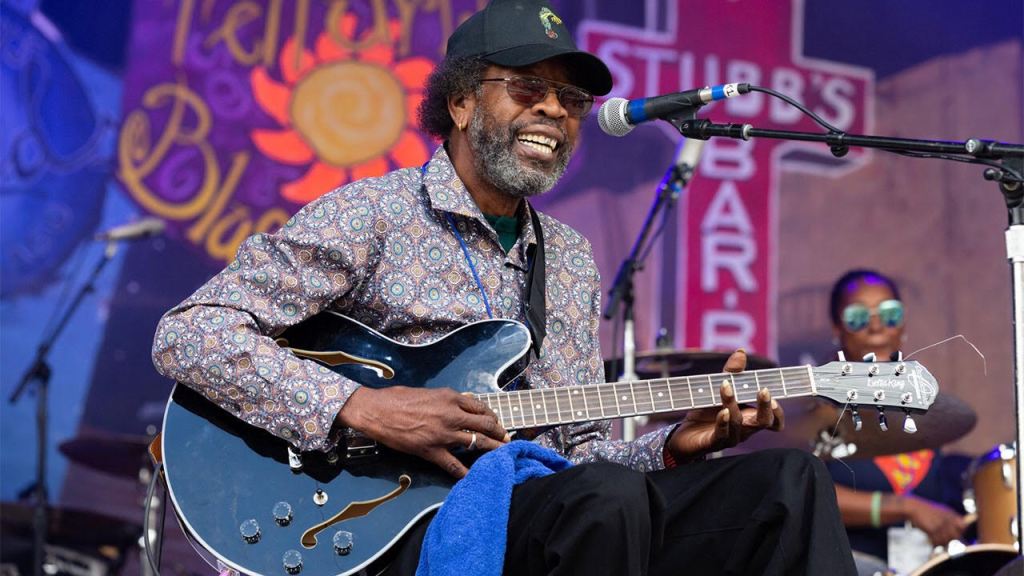 Grammy-nominated R.L. Boyce is known for his Hill Country Blues

The Mississippi Arts Commission recently awarded an Individual Artist Fellowship to longtime Como musician R.L. Boyce.  He is with about two dozen Mississippi artists who received a much sought after mini-grant for the fiscal year of 2020.

Boyce is among a half-dozen who received the Folk & Traditional Artist Fellowship, his being for the genre of Blues Guitar, and was for the amount of $4,000—a portion of the $1.4 million awarded around the state for the period running from July 1, 2019 to June 30, 2020.

These good tidings piggyback R.L.’s nomination at the 60th Grammy Awards  Ceremony in the Best Traditional Blues category for his album “Roll and Tumble,” released on the Waxploitation record label.

Born and raised in Como, Boyce is best known for his contribution to the Hill Country Blues, which is distinguished by its free-flowing, trancelike quality, different from Delta or R & B blues, which tend to be more structured or uniform sounding.

The 64-year-old is of a great blues lineage in his community, which includes internationally renowned names like Sid and Jesse Mae Hemphill, Fred MacDowell and Otha Turner.

He continues to celebrate these legends – and this music closely identified with Como –  at his R.L. Boyce Picnic & Blues Celebration on Labor Day Weekend each year.

Boyce said he “was glad to receive the grant funding to help teach and preserve North Mississippi Hill country blues for upcoming generation.”