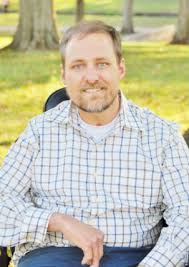 North Delta School will host one of the nation’s leading advocates for reducing alcohol drinking by teenagers Wednesday at 12:45 p.m.  The school has invited the public to hear Blake McMeans speak and explain the events that led to the formation of his foundation.

McMeans was once one of the nation’s top-ranked high school tennis players until one drinking and driving accident changed the course of his life forever.

At the age of 17, his world was suddenly rocked by the unexpected death of his father. Shook by grief, McMeans turned to alcohol to numb the pain. On the night of Nov. 10, 1994, he drove after a night of drinking and just a half-mile from his home his car hit an embankment, trees, and flipped three times.

For nearly four months McMeans remained in a coma. His chances of living – much less significant gains in physical and cognitive progress – seemed unlikely. Despite the odds, he survived the initial trauma, but remains without the use of the right side of his body.

Now, McMeans is back at center court in a whole new way. Through his nonprofit, he educates young adults about the dangers of drinking and driving in the hopes of preventing teens from making the same life-altering mistake he did.

Since the launch of the Blake McMeans Foundation and Promise Tour in 2008, he has spread his message to tens of thousands of students across the Southeast. The foundation is headquartered in Tennessee.