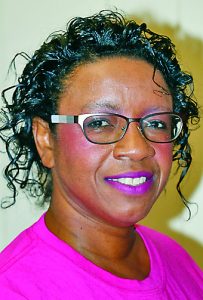 plan did not work

North Panola School Board heard from two schools Tuesday night at the regular board meeting.

Greenhill Intermediate Principal LaSherry Irby presented the board with the school’s plans to bring the school from an F rating to possibly a C when tests are administered next year. The school was rated B last year and the district is reeling with the latest test results.

Superintendent Cedric Richardson said they tried something with Greenhill last year and obviously it did not work. They pulled all the external providers and consultants which got them to the B rating.

“We gave that school the opportunity to try not to use a consultant, to see if they can not use an external provider. We were trying to see if they could have success without them,” Richardson said.

“We took some risks and it didn’t work and we are going to move forward,” Richardson said.

Irby said Greenhill now has a reading night the first Monday of each month. The first one held had 48 people. At the report card day, 209 parents of the 312 students showed up.

Dr. Mario Keys, principal of the North Panola Middle School, presented their plan for the school year. They are having curriculum nights for parents, which was successful last year. NP Middle School received a C rating and was nine points from a B rating last year.

Maintenance director Mike Dorr reported there was a water leak three weeks ago on the school’s side of the water meter. A pressure valve was leaking, and two check valves were not working which will result in a $4,000 water bill. Dorr said he finally found someone who could repair it.

Teachers and others at Como Primary and Greenhill Intermediate will receive recognition program funds from a SIG grant.

Richardson said two teachers have  “abandoned their positions” and want out of their contracts. The board unanimously refused. Their names will be turned over to the State Department and it’s likely their licenses to teach in public schools will be suspended.

The next school board meeting will be Nov. 19 at 6 p.m. in the library of the North Panola High School.