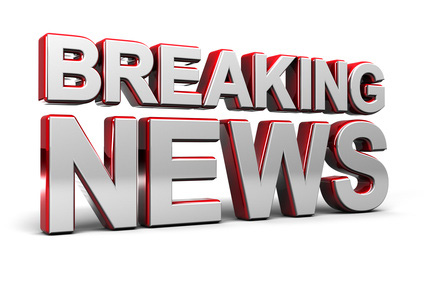 By Rupert Howell
Panola Partnership’s new executive director is not taking the closing of Batesville Casket Company’s local plant lightly.
Joe Azar, who assumed his position with the local economic development agency in January, was immediately faced with the closing of the plant that once hired 500 people to build top of the line wooden caskets.
One reason floating around for the closing was that cremations were increasing, with that company’s then CEO Kenneth Camp stating in a 2009 interview that by 2025, 50 percent of deaths will result in cremation and 75 percent of caskets will be made in China “or countries with lower labor costs.”
Azar argues cremation may be up, but that cannot be the reason they built in Chihuahua, Mexico.
“They are building caskets there, not urns,” Azar said. “The special laminate materials they claim are indigenous to Mexico can be shipped north to Batesville, Mississippi, instead of their operation in Vicksburg shipping materials south to Chihuahua, Mexico. It would only be logical to assume that Vicksburg will be the next plant to close.”
Batesville Casket, a Hillenbrand Company, opened their wooden casket division  plant in Batesville, Mississippi, in 1988. Its optimum year was 2004, running two shifts with approximately 500+ employees, Azar learned in a recent conversation with Batesville Corporation Communications Director Teresa Gyulafia.
Also in 2004, Gyulafia said they began operations in Chihuahua, Mexico, according to Azar who reflected on the recent conversation.
According to current Batesville management Azar says, the major decline began in 2007 dropping from 500+ to 400+ and then a less noticeable drop each year thereafter until 2013 their decline led to one full shift.
In 2009 they began producing parts to be shipped to their factory in Mexico and continue doing so to date. Today Batesville Casket’s local operation totals approximately 193 employees Azar said.
“It is my understanding from Mrs. Gyulafia that the Chihuahua facility is one campus, with dual state-of-the-art facilities with laser scanners that would detect flaws in their laminate materials,” Azar said, noting advantages given for moving to the Mexican facility.
“My answer to her was that GE Aviation here is also a state-of-the-art facility that draws from the same employee base. They are constructing jet engine parts from composite materials. I’m sure current Casket employees could make the transition with minimal training,”
Azar also alluded to the fact that incentives and grants are available to companies that would incur a great deal of these training and logistic costs and noted Batesville, Mississippi, is a Tier III market which provides special incentives to companies and “Mississippi is a right-to-work state; there is no better system for an  employer.”
“The bottom line is,” Azar states, “Hillenbrand’s Batesville Corporation is making caskets in Mexico.  Caskets are what we do best and proudly here in Batesville, Mississippi. While President Trump has many manufacturing industries returning to the USA, the Hillenbrand Corporation continues to move their jobs south and defy the new direction of our entire country.”
On the bright side the new Partnership CEO said, “I am happy for the upcoming job fair that Casket is providing for their employees. The Panola Partnership has been working with the fair organizer, local industry, MDA, regional planning and development and NWCC for CRC testing.”
There is an upcoming job fair available to employees the first week of March and the state’s Rapid Response Team will participate, Azar noted.
He recalled a recent conversation stating, “I was informed by James Yang, CEO of Chromcraft Industries, that they inquired on the possible purchase of the Batesville, Mississippi Casket Company facility, but it was not for sale at that time. Mr. Yang stated it was the perfect building for a wood or case furniture manufacturing company.”
Hillenbrand/Casket spokesperson told Azar they are still not prepared to list their facility at this time, stating it would be a disruption to the work they are doing. (Please see related commentary on Page A5)

The South Panola Rifle Team finished third in the nation at the recent Air Force National Rifle Championship at the... read more