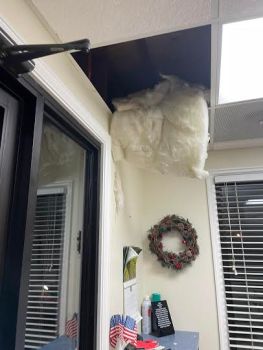 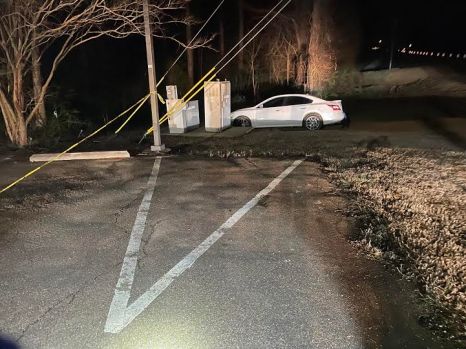 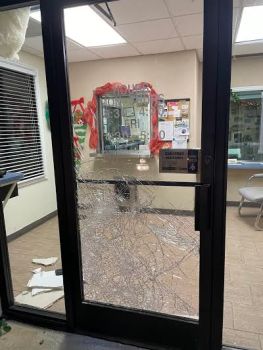 Attempted burglary at the Pope branch of First Security Bank this week ended with the apprehension of three juveniles, but highlights a growing problem in Panola County, said Sheriff Shane Phelps.

Arrested were three South Panola High School students, all age 16, who Phelps and his investigators believe are also responsible for a series of break-ins at convenience stores around the county.

Phelps said although he was glad to have the three youngsters in custody, he worries about the plight of the suspects in the juvenile court system as well as many others in the county.

“This situation came to a peaceful end and the courts will now have to deal with these young men, but what bothers me is the lack of facilities to detain them and the ones that are being brought in every day it seems,” Phelps said. “When these young people are arrested we have to have a place to keep them, and it’s getting harder and harder to find those places. It’s a growing problem we are going to have to address.”

The suspects in the First Security Bank burglary case have all been through Youth Court on various charges in past months and years, and were detained because of the nature of their alleged crime. One was transported to Alcorn County and two to LeFlore County until their hearings Dec. 19.

Phelps, who lives within minutes of the Pope bank, said he was called about 11:30 p.m. Sunday by a dispatcher who advised that a deputy had been sent to check on the business after an automatic alarm was sounded.

On arrival, the Sheriff said he could see Deputies McCool and Daryl House in the process of taking two juveniles into custody from their hiding place in the wood line behind the bank. When asked by deputies if anyone else was involved, the suspects said one other person remained in the bank.

As Phelps was searching the building with a drawn weapon dispatchers contacted him with news that a suspect had called 911 from his hiding place in the ceiling of the bank, asking the dispatcher to contact the Sheriff and work out a peaceful surrender.

“I told them to tell him to throw down his phone and get down right now,” Phelps said. “I think he understood the danger he was in and made the call.”

Investigator Teylar Bobo, also on the scene, said officers were relieved that no one was injured, but also surprised at the boldness of the perpetrators. An aluminum bat found in the bank was used to break the glass of the front door at the bank, very similar to break-ins at Chuck’s in Pope, Interstate Convenience Store on Hentz Rd., Family Market in Crowder, Bilbo’s on Hwy. 6W, and the M&M Store (old Gurley’s) on Hwy. 51 at Courtland.

Phelps said the convenience store break-ins had all occurred when the businesses were closed and each time the security cameras had been ripped from the wall, the same as they were at the Pope bank.

Phelps said he understands the aversion that county officials have to the idea of building and operating a youth detention center, but said the county’s growing crime activity among young people is a problem that can’t be ignored much longer.

“Right now we struggle to find a place to take juveniles, and sometimes there are just no beds open and we don’t have a choice but to release them into the custody of their guardians,” Phelps said. “We don’t want to have to detain any minor person, but in some situations the law requires it and in some cases it’s necessary for their protection and the safety of others.”

“We have cases where we have to bring in juveniles because they have assaulted a family member or threatened them with harm. If we can’t find a place for them we sometimes have to release them into the custody of the person they assaulted,” Phelps said.

Another factor, Phelps said, is the absence of counseling and health services that would benefit some of the detained youth.

“I’m not wanting the county to just build a building to lock juveniles up, I want to have a detention center that gets some of these young people the help they need,” he said. “Some are bound and determined to do wrong, but many of the kids we can help before they get too far down the line.”

Phelps has some support in the county, namely from board attorney Gaines Baker who earlier this year told supervisors that all North Mississippi counties are grappling with juvenile detention issues and that Batesville would be a good central location for a center.

Supervisors, taxed with finding funds for a center and then dealing with the inherent liability issues, have no appetite for getting into the youth detention center business.

Phelps said he believes grants and low interest loans from state and federal sources would ease the financial burden of constructing and maintaining a facility.