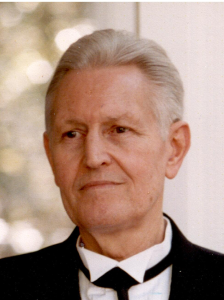 John Carlisle Cole died November 24, 2022 at the Baptist Hospital in Oxford.  He was born June 11, 1935 in Charleston, MS the first born of his parents Mary Myrtle Carlisle Cole and Eugene M. Cole. He was 87 years old.

John married his Pope School sweetheart, Charlie Ruth Onskt when they were both twenty and were married 69 years when she passed away two years ago. They had three children, Melanie Kathryn, Amy Allison (deceased) and Laura Beth.

John joined the Mississippi National Guard as a private and retired as a Colonel and Chief of Staff of the state guard. He was activated for federal service twice, first for the Ole Miss crisis and second for Hurricane Camille. He was a company commander, executive officer and finally the operational officer at state headquarters. Being the eldest of seven siblings, leadership came naturally to him at an early age.

He attended Mississippi State University and graduated from William Carey University.  His work took him and Charlie Ruth to federal job assignments in New Albany, Huntsville, AL and eventually to Atlanta, GA. He retired as the regional environmental officer for the Economic Development Administration Southern Region.  They then moved to Jackson, MS for his military assignment, eventually retiring in Oxford.

He was preceded in death by his wife Charlie Ruth, daughter Amy Allison, and his brother Gene.

At his direction John will be cremated with a memorial service to be held at a later date.