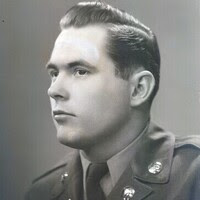 Charles Donald Scruggs,  94, passed away Sunday, Nov. 13, 2022, at his home in Batesville surrounded by his family.

Funeral services will be held at 2 p.m. on Thursday, Nov. 17,  in the Martin Willingham Memorial Chapel of Wells Funeral Home with the interment to follow at Rose Hill Cemetery. The family will receive friends one hour prior to the service.

Mr. Scruggs was born on March 29, 1928 in Sardis to the late Charlie Scruggs and Alma Estelle Lawley Scruggs. He was a retired, 100 percent disabled veteran who proudly served our country for 23 years. He served in the United States Army in World War II, Korean Conflict, and the Vietnam War.

After serving in the military, he worked for the Town of Sardis for many years. Charles was also a member of the First Baptist Church of Sardis. He married the love of his life, Earlene Tucker Scruggs on Sept. 8, 1952 and they were happily married for 65 years until her passing in 2019.

Along with his loving wife, Earlene Scruggs, and his parents, Charlie and Estelle Scruggs, he is preceded in death by two brothers, Jim and Barney Scruggs; an infant baby brother; and his son-in-law, Dale Crowell.