Cougars get back in winning column – NP whips Byhalia, ready for Independence 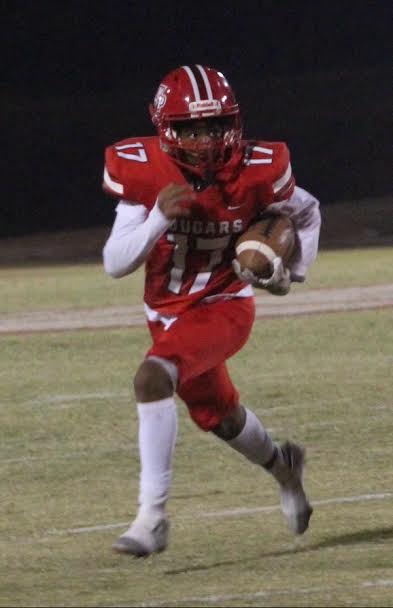 That big sigh of relief coming from Sardis Friday was the sound of victory after North Panola snapped a five-game losing streak with a 54-14 trouncing of Byhalia in the Region 2-3A opener.

Now the Cougars (2-5,1-0) look to ride the momentum as they travel to Independence Friday in a crucial region contest with kickoff set for 7 p.m.

Keion Mays directs a Wildcat offense that is averaging 36 points per game. The senior signal caller has 11 rushing touchdowns with 866 yards rushing on 85 carries. Mays’ top receiving target is Jay Jones with 13 receptions for 262 yards and three touchdowns.

North Panola’s J.J.Harrell turned in a highlight reel performance against Byhalia as the junior accounted for three touchdowns, all in the first half, as the Cougars led 46-6 at intermission.

Harrell, who holds offers from Arkansas, Memphis, Southern Mississippi, Oregan and Penn State, returned a punt 60 yards for a score and touchdown receptions of 57 and 13 yards from QD Walls.

M.J. Newsom had two catches for 57 yards and one touchdown while Marterrion Renix had one reception for 18 yards. Walls finished the game with 145 yards through the air and 51 yards on five carries and two rushing touchdowns.

Backup quarterback Denard Presley added the final touchdown with a 10-yard run in the fourth quarter.

Photo: North Panola quarterback Denard Presley looks for running room in the second half of the Cougars win over Byhalia.

NP advances to 2nd round of 3A playoffs