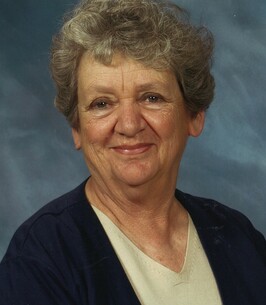 Some people live extraordinary lives. Born in Tallinn, Estonia on April 24, 1934, the only child of Hilda Johanna (Oras) Luts and Colonel Alfred Luts, Ivy-An Luts Gerard enjoyed a wonderful childhood until the invasion of Estonia by Russian forces in 1940.

By 1944, forced to flee invasion of their homeland and with Swedish ancestral connections, her family finally settled in Stockholm, Sweden. Despite her many losses including family, friends, homes, and her world as she knew it, or maybe because of this, she loved everything about her life, as she often reminded us.

The remainder of her childhood was spent in Stockholm culminating with graduation from the Royal Institute of Art in 1951. During school, she pursued her life-long passion of painting and other artistic pursuits. On a summer trip to Oberammergau, Germany to visit her aunt and family in 1953, she met and subsequently married Sergeant Paul Nason Gerard, Jr, Army intelligence officer, from Como.

They remained in Germany for five years before moving to Memphis to embark on a new phase of life. She was quickly hired as a translator at Cook Cotton Company, largest cotton broker in the world, as few people can translate five plus languages.

A fierce lover of animals and intent on painting the world a more beautiful place, Ivy-An never ceased to share and give of herself. She was a frequent speaker to civic and religious groups recounting the horrors and personal impact on WWII refugees, lest it all seem so distant and be doomed to be repeated. She taught us all to never show up empty-handed and she always had a full cupboard, ready to feed anyone lucky enough to grace her path.

With a very distinctive painting style and a unique accent, Ivy-An was a well-known artist in the area. Her murals grace the walls of a wide variety of places including the upstairs oyster bar at the Como Steakhouse, the baptismal font in the Como Baptist Church, the children’s reading area of the Como Public Library, the church hall of St. Mary Catholic Church in Batesville, MS, among other places. Her portfolio of paintings has been exhibited in numerous venues in the Mid-South.

Always quick with a prayer asking St. Francis to intervene and ensure unsuccessful hunting trips, a volunteer for many years at the Memphis Zoo in the nursery area, and nursing countless raccoons, birds, squirrels, kittens and other abandoned wildlife, her love of animals was well known. She once confessed that taking horses out to graze was one of her favorite things to do because they seemed to enjoy it so much. She also convinced many a hunter to turn their outdoor pursuits to things like arrowhead and artifact hunting, an affinity she shared with her son and grandson.

Four countries and almost nine decades later, she has blessed us all with her sunny optimism, the generosity of her talents, her deep felt love for family, community, and all creatures great and small. She was one of those rare individuals that once you meet them, you always remember them. Her family is blessed beyond measure to have been loved and cared for by her.

Preceded in death by her parents and her husband, Paul N. Gerard, Jr., she is survived by her daughter Linda Tresslar (Peter) and her son John Paul Gerard of Como, and three grandchildren, John Paul Gerard II of Olive Branch,  Charlotte Tresslar of San Francisco,  and Catherine Tresslar of Washington, DC.

A funeral Mass will be held at a date to be announced. Funeral arrangements are being entrusted to Ray-Nowell Funeral Home in Senatobia.

Interment will be at Friendship Cemetery in Como. The family asks that in lieu of flowers, donations in her memory to World Central Kitchen, wck.org, the Memphis Zoo, memphiszoo.org, or the Alzheimer’s Association, alz.org, would be greatly appreciated.

Ray-Nowell Funeral Home is honored to be in charge of arrangements.