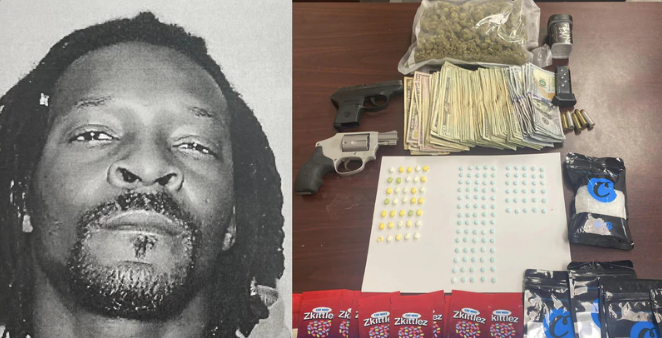 A police chase in Panola County ended with a man behind bars and a load of drugs off the streets, according to the Batesville Police Department.

Derrick Stevenson of Marks, led officers on a chase on Sunday, Oct. 2, according to police.

Stevenson eventually wrecked and tried to run off on foot, but officers were able to catch up to him and take him into custody, BPD said.

During the arrest, officers said they found 100 fentanyl pills, 35 ecstasy pills, 3.5 ounces of meth, a half-pound of marijuana and two guns.