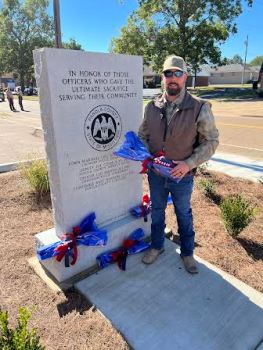 Crowder Alderman Hunter Calvert represented the Town of Crowder in honoring the ultimate sacrifice of Town Marshal Lige Denman, killed in the line of duty Sept. 13, 1939. No descendents of Denman could be located. 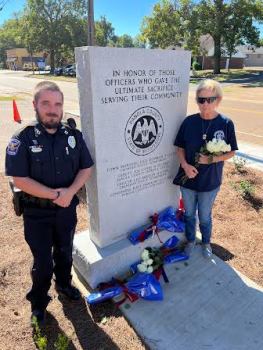 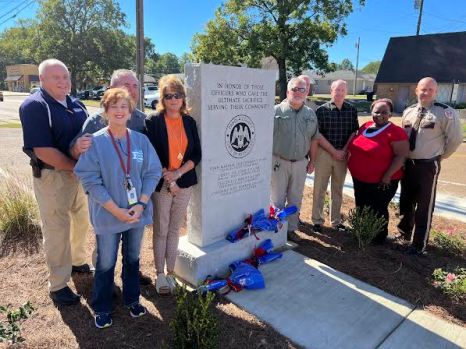 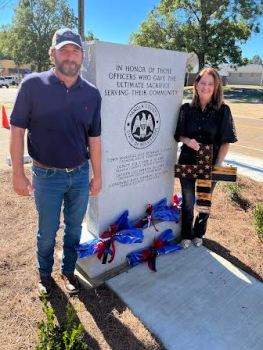 Todd Parrish and his sister Kimberley Parrish Jackson were in attendance Friday, Sept. 30, when a memorial to fallen law enforcement officers in Panola County was unveiled and dedicated. The Parrish siblings were 14 and 18 years old when their father, Leo Parrish, Jr., was killed during a traffic stop for the Crenshaw Police Department on April 1, 1989. Todd now lives in Senatobia and Kimberley in Oxford. 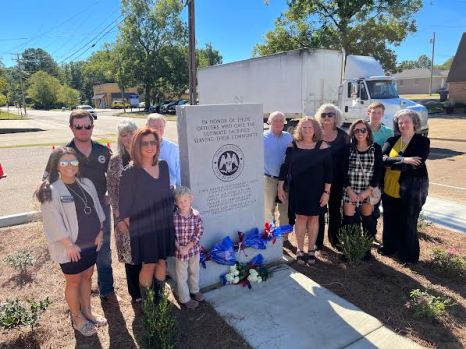 Panola County Sheriff Shane Phelps and his office held an unveiling ceremony of a monument dedicated to the memory of the four officers who have been killed in the line of duty while serving in their official capacity for the citizens of the county.

Retired State Supreme Court Justice George Carlson, delivering the keynote address, referenced Scottish evangelist Oswald Chambers, saying “It is one thing to go through a crisis grandly, but quite another thing to go through every day glorifying God when there is no witness, no limelight, no one paying the remotest attention to us.”

Carlson said police and deputies do the same on a daily basis in their chosen profession, often going things and performing tasks that keep the public safe while the protected public has no idea of the daily dedication their well being requires.