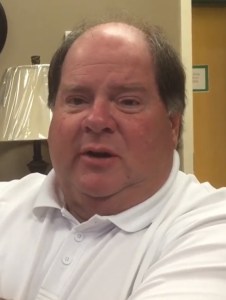 The funeral will be Friday, Sept. 9,  at 11 a.m. at Oxford-University United Methodist Church with Rev. Chris McAlilly officiating. Burial will follow in Oxford Memorial Cemetery.

Visitation will be held Thursday, Sept. 8, from 3 to 7 p.m. in West Hall at Waller Funeral Home and again prior to the service on Friday, beginning at 10 a.m. at the church.

He attended Oxford High School, playing every sport he could including basketball, baseball and football.

A die-hard Ole Miss Fan, John was a graduate of The University of Mississippi, earning his Bachelor’s Degree and law degree. Well respected and accomplished in his field, in 1993, he was appointed Assistant District Attorney.

In 2001, John became the District Attorney for the 17th Circuit Court District, serving his community with integrity. An avid golfer, his idea of a relaxing afternoon was a day spent on the course with good friends.

John loved Italian food, but enjoyed the meal most when it was shared with his family and friends. A family man at heart, he treasured any opportunity to spend time with his loved ones. John was preceded in death by his father, William M. Champion and his cousin, Dr. Lynn Johnston Stavely.