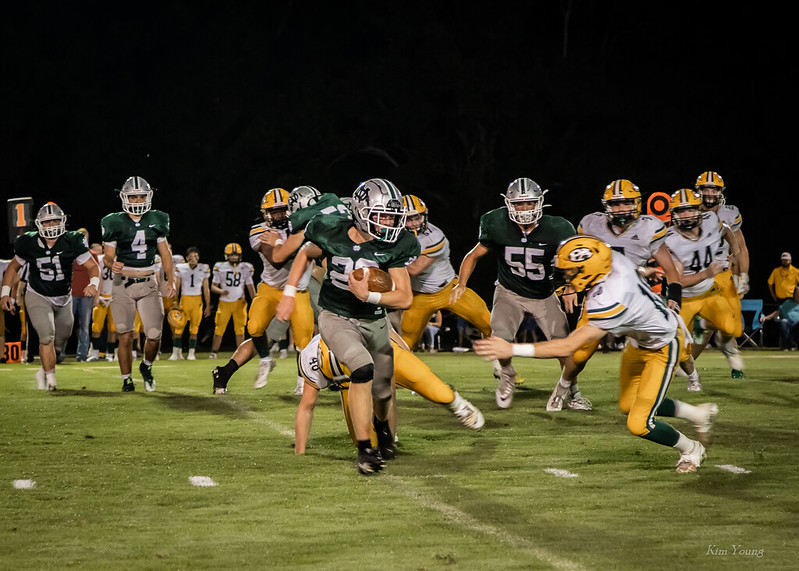 After taking it on the chin to a tough Pillow squad 42-6 in their home-opener last week, the North Delta School Green Wave will get an early jump into district play when they travel to Grenada for a 7 p.m kickoff Friday against Kirk Academy.

The Raiders enter the 25th all-time meeting against North Delta looking for its first victory of the season after losing a 41-0 decision to Carroll Academy and 32-3 to the aforementioned Pillow squad in week one.

Kirk returns a youthful team from a 2021 state runner-up finish that had 22 seniors.

North Delta counters with sophomore running back Gage Bryant who rushed for 104 yards and one touchdown against Pillow.

The Green Wave, hampered by injuries at key positions after the season-opener at Rossville, fell behind quickly against Pillow when the Mustangs scored their first touchdown 59 seconds into the contest.

Pillow scored touchdowns on five of their six possessions in the first half, and took a 35-6 lead into the locker room. They scored another touchdown early in the third quarter for a 42-6 advantage, allowing game officials to invoke the running game clock rule when one team pulls ahead by 35 points.

There was no more scoring with both teams giving younger players opportunities to see game action in a contest that had long been decided.