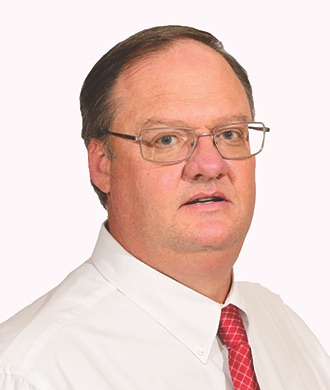 A favorite blog had a post this week concerning superforecasters, something I’ve been interested in since reading the books a few years ago that started folks thinking about the subject.

This recent post was about the supposed correlation between the traits of superforecasters and the part of our population deemed autistic, or having the characteristics of the condition and its definition at any given time.

It’s amazing research that is really just getting started, although it seems hampered by the fact that we, for some reason, use the word autism to describe people with high IQ along with social disorders and low IQ people, formally called idiots and imbeciles by their family doctors.

Big problem, but not today’s subject.

Superforecasters are people who do what the word says. They are super at forecasting. So good, in fact, that statistical measurements (short and long term) prove they are recognizably better than the average population.

You know some of these people, although you might just think of them as lucky. In fact, they are able to see and analyze situations on a level that most folks can’t because they don’t tend to let a bunch of other factors and proclivities cloud their judgment.

Look up the Cognitive Reflection Test and enjoy some thought provoking questions and research. The most common of these types of questions is the Bat and Ball – where you know that the total cost of a bat and ball is $1.10.

The bat cost $1 more than the ball. How much does the ball cost?
No, the ball does not cost 10 cents.

Turns out that some people on the autism scale, and superforecasters, answer the question correctly far more often than the general population.

A condensed explanation is that they get it right because they just hear the facts and don’t use what you and I call common sense (or preconceived notions) to figure it out. Again, it’s amazing stuff and I’m anxious to learn more about the correlation.

So, here’s the question. Do we have any superforecasters on our boards of aldermen or supervisors? Are there any at City Hall or in the Courthouses? Do we have anybody in this city or county government who can be called superforecasters? Is there anyone that is right much more than they are wrong?
Interesting questions and a topic that can get deep. These people, dear readers, are spending millions of taxpayers dollars every year, and yet so many people have almost no idea how they are being governed.

Please, make an effort to attend some of these meetings. If nothing else you will be entertained – aldermen and supervisors will say some funny things when fighting for their pet causes or trying to please a voter.

I’m not accusing any elected officials of any level of incompetence (or competence for that matter) but am simply asking a question. And not an unreasonable question considering the burdensome taxes and grievous cost of public services.
Your local school boards would have to figure into those discussions as well.

The answer is the ball cost 5 cents. Go back and study the question and the facts and you will understand. Email me if you don’t.

Rix Quinn – What to wear?

Does Sparing the Rod Really Spoil the Child?