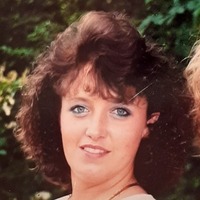 LaWanda was born on Jan. 5, 1961 at the Hospital in Batesville. There was a very kind and Godly nurse from the hospital who knew a couple that wanted a child. Three days later LaWanda was laid in the loving arms of her parents, Arthur Leo and Vera Mae Franklin.

LaWanda went to South Panola High School and Northwest Community Nursing School.  She worked for years as a nursing assistant.

LaWanda was an accomplished musician.  At a very early age she could play the piano and accordion without lessons.  She could also play any string instrument including the mandolin, violin and banjo.

She leaves behind her beloved son, Joel Rush Howell; her sister, Lisa Franklin Harper; her grandchildren Jaeden, Jaya and Alantas ; and her nephew James Bryce Barber.  She also leaves behind a host of cousins and friends, especially Lisa Lunceford.

She was preceded in death by her beloved daughter, Joani Karololine Howell and her precious parents and grandparents.

Arrangements are incomplete and will be announced once finalized by the family.