The North Delta Lady Green Waves  got the 2022 softball season off to a solid start by winning two-of-three games in the Central Holmes tournament at Holmes Community College in Goodman.

North Delta fell to Winona Christian 6-2 Friday (July 29) before rebounding with a pair of blowout wins over Central Holmes (19-2) and Carroll Academy (10-2) the following day.

Lindy Ward drove in three runs with a double and single and pitched three innings in the circle to earn the victory. Kori Cox added a pair of doubles while Ivy Gibson provided a two-run single as part of a three-run first inning to set the tone.

The Lady Waves put the game away early with twelve runs in the first inning to cruise to the win. Lindy Ward and Jessie Griffin registered a pair of two-run singles while Addie Carvan and Hardy Flint added back-to-back doubles in the first.

Kadyn Bates came off the bench to contribute a two-run single in the third while Cox tallied two singles. Paizlee Woods chipped in with a RBI single in the first and scored four runs while Willingham also crossed the plate four times. Graclyn Snyder scored three runs in a coursity-running role. Matthews also drove in a run with a single in the second inning.

Kaley Ward earned the pitching win by surrendering two runs on one hit with five strikeouts and three walks.

North Delta issued twelve free passes in the opening-season loss to the Stars Friday. Cox, Matthews and Lindy Ward all singled for the Waves who scored single runs in the fourth and sixth innings. 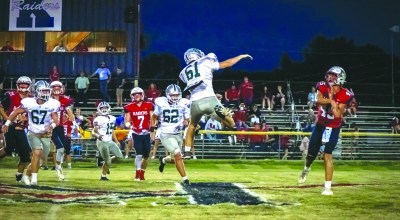 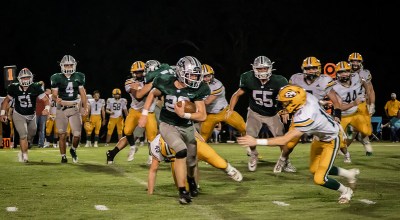