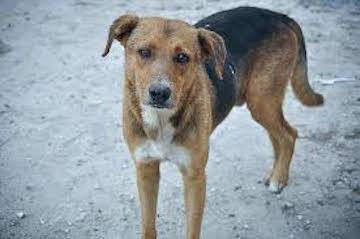 Panola County’s need for an animal shelter was a main topic at Monday’s meeting of the Board of Supervisors, as it has been countless times in recent years. And again, emotions ran high, accusations were aired, and no decision was made.

On the agenda was Delacy Howell, who told supervisors she knew they have heard similar pleas for an animal shelter many times, but wanted to again make them aware of the problem of stray and abandoned dogs and offer a solution.

“I know that I’m one of many to walk through these doors to plead with you for a dog shelter for our county,” Howell said. “But I think the number of people who have come before the board and spoke about this just screams the need and what the citizens are begging you to do.”

Supervisors are well aware of the dog problem, each saying they receive multiple calls a month from citizens frustrated by stray, and sometimes dangerous, dogs on their property. The county does not operate a dog shelter, and supervisors have long shunned the idea of undertaking the yearly funding of a pound operation.

“There is no end,” said Supervisor Cole Flint. “If you set a limit of thirty dogs then the next morning you would have thirty more lined up at the gate when you opened.”

Howell asked the board to consider including funding of $2,500 a month in the upcoming year for the lease and monthly operation of a dog shelter, saying that volunteers from the Panola County Humane Society and jail inmates could provide all the needed labor at no charge, including medicines and procedures for the dogs taken in.

Flint said he has worked on a solution for the problem several times in his terms as supervisor and has never found a way to make the county’s operation of a shelter balance with the costs to the county budget, and taxpayers.

The demands and sheer volume of a county pound would overwhelm volunteers, Flint said, and would ultimately require county management.

“It would cost a quarter of a million a year, every year, probably and we are giving the House of Grace thirty-six hundred dollars to help with battered women,” Flint said. “I’ve been involved with rescues and know what you’re going through but when I’ve talked with other boards (around Mississippi) everybody agrees that it’s the worst thing you can get the county involved in.”

Ideally, supervisors said, the county could be a part of the city’s dog pound (for Batesville dogs only) sharing the cost of operation.

“I think we have made numerous offers to the city to assist when they were going to upgrade or expand their dog pound but they have not been willing to do so thus far,” said Supervisor Chad Weaver.

Weaver suggested the county would be willing to share expenses, and liability, with the city to help relieve the stray dog problem.

Accompanying Howell at the presentation was current volunteer Suzanne Denley, who told supervisor the condition of the city pound was not up to acceptable standards for shelters in general and needs attention if the county were to give assistance there.

Howell agreed, saying her preference would be for a county-only operation. Still, supervisors kept steering the discussion back to costs, each agreeing that the prospective burden of a county-only facility is daunting.

One unpleasant point was also brought up, by Flint, who told the shelter proponents that the matter of “kill” or “no kill” would have to be decided very early if the county were to take a fiduciary position in the problem of stray dogs.

Flint said it would have to be understood that not all dogs could be adopted or transported to other areas of the country needing adoptable pets. Simply put, he said, everyone involved would have to understand that euthansia would be a regular part of the stray dog control solution.

“To be perfectly honest, you’re going to say no kill, but at some point, unfortunately, it has to be done,” Denley said, agreeing with the premise, if not the practice.

Before discussions were closed on the matter, the supervisors said they would take the matter up later and consider the use of the county-owned building on Cold Springs Rd., once used by the Sheriff’s Office Task Force, as a possible pound location.

The building was once the Bandit Lure manufacturing facility.