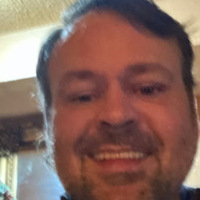 The family and friends of Shane are invited to a memorial gathering Saturday, July 2,  from 5 – 7:00 p.m. at Wells Funeral Home to celebrate his life.

Shane was born February 5, 1977 in Oxford to Winfred Lee Lawrence and Donna Franklin Weaver. Shane grew up in Batesville and graduated from South Panola High School. He would later serve his country in the U.S. Navy before being honorably discharged.

He was a chef by trade, and while not working, Shane enjoyed cooking for family and friends. Shane also liked being outdoors working in the yard and taking photographs of anything that might catch his eye.

Shane was preceded in death by his sister, Tifani Lawrence DeMaria.