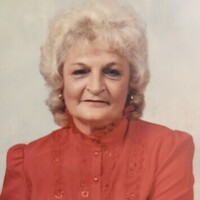 Funeral services were held  Saturday, June 25, in the Martin Willingham Memorial Chapel of Wells Funeral Home with the interment at the Sardis Lake Baptist Church Cemetery.

Eunice was born on September 21, 1934 to the late John C. Nelson and Ruby Brewer Nelson in Marks. She was currently residing in Sardis with her grandson, Dylan. She also was a faithful member at the Sardis Lake Baptist Church.

Eunice worked as factory worker at many different factories throughout her lifetime. When she was not working, she enjoyed sewing and gardening. Eunice also played bunko with her daughter, Faye, at the Sardis Lake Fire Department for many years. Most of all, she enjoyed spending time with her family.