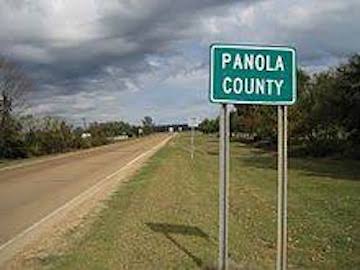 Panola County supervisors recently voted 3-2 to place a cap on mileage reimbursement checks for members of the board.

The move was necessary, board president Cole Flint said, because the funds earmarked for supervisors’ travel expenses in the 2021-22 budget was nearly depleted six months into the fiscal year.

Flint was joined by supervisors John Thomas and Chad Weaver in approving a $650 monthly cap for regular mileage reimbursement. Supervisors Earl Burdette and James Birge opposed the measure, both saying that amount of money would not sufficiently cover the expenses they incur tending to county business each month.

State law says counties “may” (not “shall”) make available a vehicle for supervisors to use when conducting business on behalf of their constituents, or pay mileage when officials use their personal vehicles.

Each county’s reimbursement policy is set at the discretion of the local Board of Supervisors and varies from county to county. In Lafayette, supervisors are not provided a vehicle nor are they reimbursed for mileage accrued inside the county.

Panola County reimburses travel expenses at a rate of 58.5 cents a mile. County Administrator Kate Victor said most yearly budgets have a line item for supervisors’ travel and lodging expenses of between $15-18,000.

As of April, the county had spent $15,447 of that money with half the fiscal year left.

Not all of the money was spent on regular mileage. A sizable portion of the budgeted amount is used for lodging and per diem expenses at two major conferences supervisors are urged to attend each year, where they hear legislative updates and make contacts with state and business leaders.

The cap of $650 a month is only for in-county travel, and supervisors will continue to be reimbursed for other travel expenses.

Not all supervisors are reimbursed for mileage expenses, and others submit mileage reports each month.

Supervisors Thomas and Flint have never turned in mileage for in-county travel, and only rarely are reimbursed for other travel.

Supervisor Weaver has turned in regular mileage sporadically since his election in 2019, usually following major storms when he uses his personal heavy equipment to clear roads and intersections in District 4.

Supervisor James Birge turns in a regular mileage report each month with ranges from $528 to $670.

Supervisors had the option of collecting mileage or using a county-owned truck in recent years until the sitting board took office in January, 2022. In the first meeting of the month, the supervisors voted 3-2 (same split as the recent vote) to take away county trucks and use the mileage reimbursement system.

Supervisor Birge turned in the truck he had been driving. Flint and Thomas had never used a county vehicle. Weaver and Burdette were newcomers to the board.

At the time, Burdette told fellow supervisors the county would spend less by providing a vehicle for supervisors, citing the possibility of rising gas prices.

“I told them then that it was cheaper for the county to pay for trucks for supervisors, and I still think it would be the best for the people,” Burdette said.

“Some of us have a lot more territory to cover and my district has a lot of riding if the supervisor is doing his job,” he said. “You don’t just pass by Crenshaw. You have to be going to Crenshaw to check on something and those people are just as much a part of this county as Batesville is whether some people know that or not.”

Flint said he also recognizes the cost of fuel and the cap means that supervisors who chose to be reimbursed for mileage will be able to drive fewer miles in their district without spending some personal money.

“We may take another look at things during our budget process, but for now we had to do something,” Flint said. “We couldn’t keep spending like we were.”