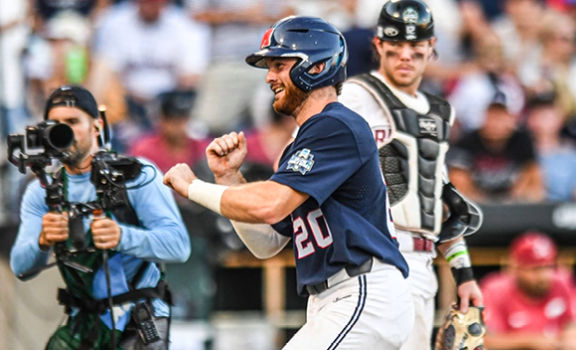 The Rebels (39-22) have won seven straight in the NCAA Tournament after being the final team awarded an at-large bid.

“Getting hot is real,” coach Mike Bianco said. “As a coach, you just let them go.”

Ole Miss will play Wednesday against the winner of Tuesday’s eliminatiaon game between Arkansas (44-20) and Auburn. All three remaining teams in Bracket 2 are from the Southeastern Conference West Division.

The Rebels, in the CWS for the sixth time, would have to lose Wednesday and again Thursday to not reach their first finals.

Elko put Ole Miss up 4-1 in the second inning when he launched Evan Taylor’s high fastball 416 feet into the left-field seats for his 23rd homer.

Harris, the Rebels’ No. 9 batter, hit a two-run double in the third and his two-run homer in a four-run fifth. It was Harris’ second homer of the season and first since March 29. Harris went 3 for 4 and is hitting .476 (10 of 21) in the tournament. 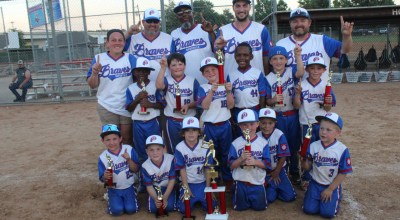