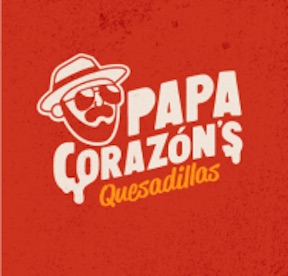 A press release this week announcing the coming of Papa Corazon’s Quesadillas to Batesville illustrates the problems municipalities are facing with the ever-increasing number of restaurants signing on with food delivery services.

Papa Corazon’s Quesadillas is a “new delivery-only concept that offers handmade, one of a kind, cheesy perfections in every bite dillas” according to the release, which further states that the business will be open and making deliveries in Batesville starting Friday, April 28 using DoorDash and UberEats.

The company’s website states, “Everyone knows where to get a good taco. But to be honest, there’s something better. Quesadillas. They’re sort of like tacos, but warmer, cheesier, meatiers, easier to eat on the go. You know, better. In every way.”

Both DoorDash and UberEats – services available in Batesville on most days – are the only two options for ordering, and there is no pickup available. The company lists the address of the business as 147 Lakewood Drive, which is the Huddle House address.

Calls to Huddle House and the public relations company that sent the release went unanswered Tuesday, as did emails to the home office of Papa Corazon’s.

The City of Batesville Code Office has not been contacted by the quesadilla delivery company, nor has any privilege license been applied for, according to Chief Building Officer Andy Berryhill.

Berryhill confirmed that only Fetch – an early food delivery company founded in Batesville but now operating almost exclusively in Oxford – is the only delivery business that has ever obtained a privilege license in the city.

“We have no permits on file for any delivery drivers or businesses from DoorDash, UberEats or any other companies,” Berryhill said. “As our city continues to grow and these types of businesses become more common it is something that our office and the city administration on a whole will have to address.”

Berryhill said one of the main issues is whether or not the food being delivered in Batesville is actually being prepared here. “That makes a big difference as far as codes are concerned and it’s something that will have to be looked at.”

Meanwhile, Berryhill said, the Code Office has no more information than the general public about some of the new delivery businesses popping up.

The Papa Corazon’s announcement will be followed up closely, Berryhill said, and his office will report the findings to the Mayor and Board of Aldermen at a future meeting.