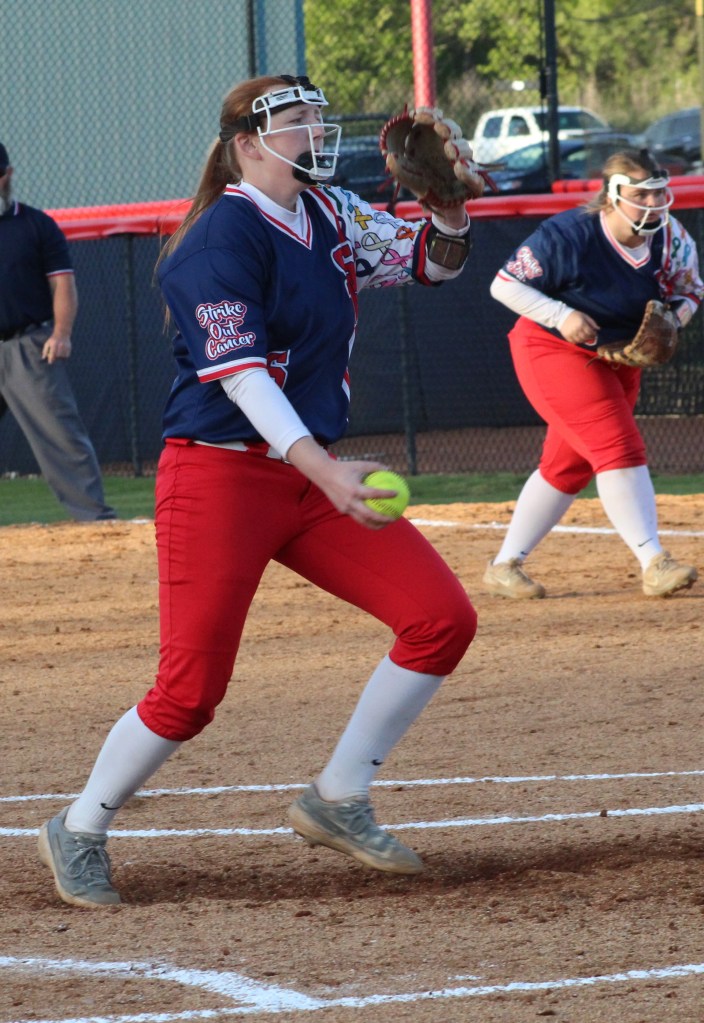 The South Panola Lady Tigers made quick work of their first round opponent Grenada in the North State 6A playoffs. The Tigers (22-7) visit Madison Central Friday at 5 p.m before hosting the Jaguars Saturday at 1 p.m in a best-of-three series.

South Panola broke up a scoreless game with two runs in the sixth inning and added three more in the seventh to put away the Lady Chargers in Grenada Saturday (April 23) to take the series 2-0.

The Tigers collected eight hits, all singles, in the game as Addison Sanders led the way with two hits and a RBI.

Harbour picked up the win in relief of Bright by going three innings, while giving up two unearned runs and two strikeouts. Bright posted seven strikeouts allowing one hit and one walk in four innings.

Makenzie Houston and Hailey Heafner drove in two runs each as the Tigers blanked Grenada in game one Friday (April 22) in Batesville.

Photo: South Panola junior Gracey Harbour was the winning pitcher in both of the first round playoff games the Tigers won last week. SP will play Madison Central this week in second round action. (Glennie Pou)