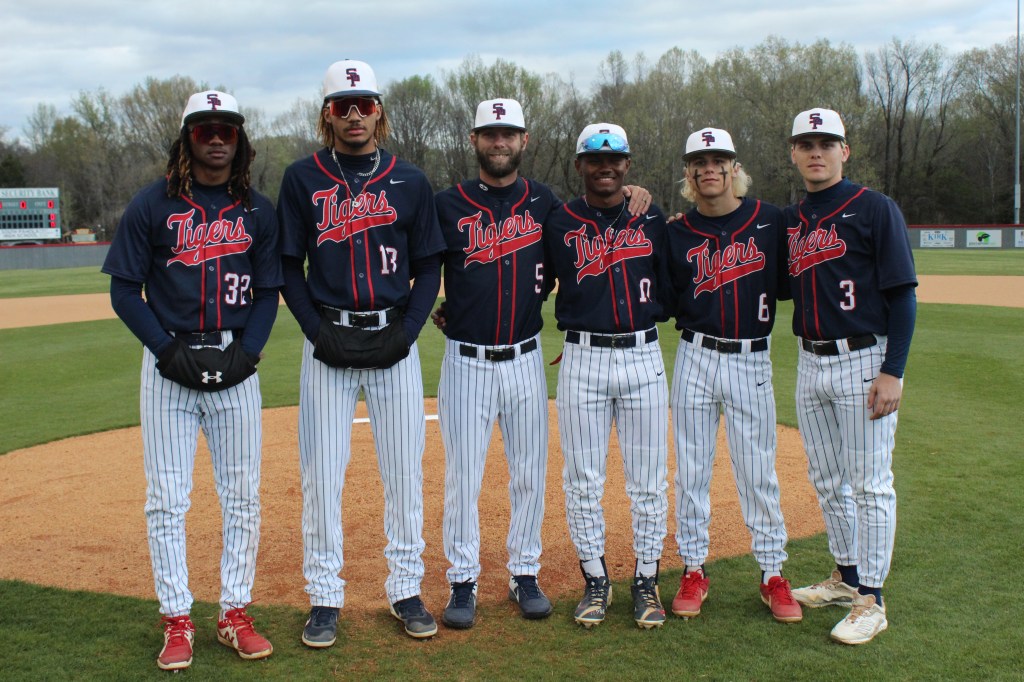 South Panola baseball claimed a runner-up spot in Region 3-6A behind league champion Hernando with a three-game series sweep of Southaven last week.

The Tigers (13-8,6-3) will take on the Region 1-third place finisher in the opening round of the 6A North State playoffs beginning April 22.

The Tigers completed the sweep over the Chargers 6-2 Saturday (April 9) with five runs in the last three innings.

Michael Johnson got South Panola on the board with a leadoff home run in the second inning before the Tigers added two additional runs in the fifth for a 3-0 lead. Brayden Martin reached on a one-out error before scoring on Mari Boyd’s triple. Boyd would later steal home to increase the South Panola advantage.

After Southaven scratched across a run in the bottom of the fifth, the Tigers tacked on two runs on a double by leadoff hitter Eli Russell to plate Aidan Williams and Baylor Scammon who reached base on back-to-back errors.

South Panola would then add its final run in the seventh as Boyd led off the inning with a double and scored on a John Blockmon groundout. The Tigers collected eight hits in the game with Russell, Scammon, Boyd and Johnson producing.

Brock Ware went four innings in relief to earn the pitching victory. Ware gave up two runs (one earned) on three hits with four strikeouts and one walk. Johnson got the starting nod on the hill and tossed three innings of no-hit baseball with three strikeouts.

The Tigers registered nine hits, all singles, while using a five-run second inning to pull away. Aiden Williams fanned a season-high 12 batters in six innings to pick up the pitching win. Michael Johnson, who had three singles and scored a pair of runs, tossed a scoreless seventh inning to earn the save.

The Tigers opened the series with a blowout win at Southaven last Tuesday (April 4) in five innings. South Panola wasted little time putting away the Chargers by plating seven runs in the top of the first.

Brock Ware launched a three-run homerun while Eli Russell added a two-run double. Ware would also drive in his fourth run of the game with a triple in the second inning.

South Panola sent 13 batters to the plate as part of a seven-run fourth inning on RBI singles from Blockmon, Scammon and Williams while taking advantage of five walks and two hit-by -pitches. Williams and Scammon paced the Tigers with three hits. Blockmon added two singles as Jordan McCollins and Eli Russell produced singles.

Tate Anderson went the distance to record the pitching win. The Mississippi Delta CC signee fanned seven while giving up two hits and an unearned run.

South Panola visited Oxford Tuesday (April 12) and will host Grenada Thursday (April 14) before closing out the regular season Monday (April 18) at Lafayette County. First pitch for all games is set for 7 p.m.