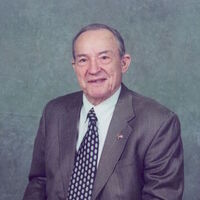 Funeral services were held  Sunday, April 3, in the Martin Willingham Memorial Chapel of Wells Funeral Home with the interment at Shiloh Cemetery in Courtland. The family received friends one hour prior to the funeral service.

Robert was born on Jan. 31, 1932, to the late Robert Preston and Altie Mae Mooney Dees in Eudora. During his lifetime, he honorably served our country with the U.S. Army in the Korean War and worked as a shift engineer for TVA for many years. Robert was also a lifetime member of the Fraternal Order of Free Masons (Lodge #707) out of Memphis, and a proud member of Tocowa Baptist Church where he served as a deacon.

Along with his parents, he is preceded in death by his wife of 55 years, Clara Dees; and two sisters, Christine White and Edna Carpenter.