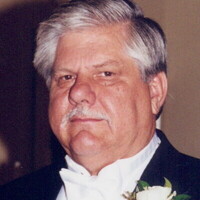 Funeral services will be held at 2  p.m. on Saturday, April 2,  in the Martin Willingham Memorial Chapel of Wells Funeral Home with the interment to follow at Lambert Cemetery in Lambert. The family will receive friends at Wells Funeral Home beginning at 11 a.m. until service time.

Dennis was born on May 30, 1949 to the late Elmer R. and Hazel Threet Welch in Sarah. After graduating high school, he joined the U.S. Military where he served as a mechanic in the Army. He was the proud owner of Welch Trucking for over 40 years and a member of Hillside Baptist Church in Holcomb. Dennis was a hard worker who enjoyed cooking, camping, and riding his motorcycle when the weather was nice.

Along with his parents, he is preceded in death by his daughter, Sherry Varnell; two sisters, Martha Bell and Brenda Welch; one brother, George Welch; and one grandson, B.J. Bridges.