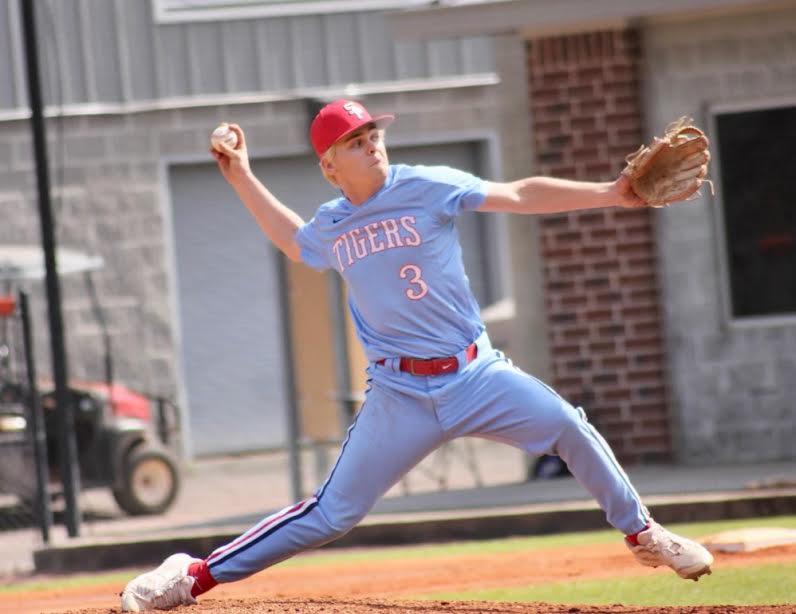 South Panola opened up district play in a big way Monday (March 21) with a 12-1 road victory over Horn Lake in five innings.

Tate Anderson continued his outstanding pitching, tossing a no-hitter with 10 strikeouts. He improved his season record to 4-2 with the win.

South Panola came out swinging in the top of the first with four runs on two hits before putting up a five spot in the second to take a 9-0 lead. The Tigers added a single run in the fourth and two in the fifth.

Brayden Martin, John Blockmon, Trey Drumheller, Aidan Williams and Michael Johnson all singled while Eli Russell walked and scored in the second inning. Baylor Scammon drove in three runs with a single in the fifth and a rare two-run sacrifice fly in the first. Mack Boyette scored in a courtesy-running role in the first.

Horn Lake’s lone run came in the fifth on a hit-by-pitch, walk and two wild pitches. The Tigers and Eagles resume their district series Friday at South Panola beginning at 7 p.m before returning to Horn Lake Saturday for the third game also at 7 p.m.