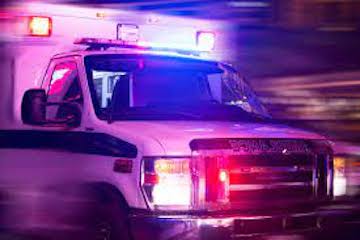 Officials and health care representatives from all over Panola County met again Tuesday for group discussion, hoping to find solutions to the problems causing chronic shortages of ambulances in the county.

Emergency Operations Director Daniel Cole led a meeting two weeks ago in the conference room at the new fire station in Batesville, saying that the nagging problem is growing worse and both short-term and long-term plans are necessary if the county wants to avoid reaching crisis levels.

Cole said national news reports have desynthesized average citizens with the constant reporting of nurse and EMT shortages, but the effects at the local level have the potential to cause the most future pain in rural areas and sparsely populated communities such as those that make up Panola County.

“We have trained professionals and elected officials that have been aware of these problems and have been working on answers behind the scene but we are at the point where it has become necessary for all of us to get together and get a workable plan for the citizens,” he said.

Panola County currently contracts with Lifeguard for ambulance service, and the quality of that service is not at question. Instead, it’s the linguistics of providing ambulance service that has caused problems, specifically long waits at times for ambulances, and sometimes no availability.

Lifeguard’s contract requires the company to designate three and a half ambulances (sharing one with another jurisdiction) for Panola County and these are often plenty to service the approximately 35,000 residents.

At other times it is not. The volume of calls for medical care is not overwhelming, rather it’s other factors that create bottlenecks that eventually cause the shortages. County supervisors have explored the possibility of adding a fourth ambulance to the contract but the cost of that option has made it difficult to consider.

Lifeguard itself has experienced trouble at times staffing its ambulances as the company struggled to keep its own employees safe and healthy during the worst of the Covid pandemic, and dealing with the national trend of healthcare professionals leaving the industry.

The most pressing factor is the wait times, often called “wall time” that ambulances transporting patients from Panola County to hospitals have to endure before the receiving medical facilities are able to receive the incoming patients.

Ambulances can spend hours waiting at hospitals in Southaven, Oxford, Tupelo and elsewhere when those facilities are too stressed to take quick delivery of patients. Much of an ambulance worker’s shift can also be exhausted making general transports from the Batesville hospital to other facilities when patients require a higher level of care.

Also burdensome are general transfers from Panola Medical of patients who need to be taken to other facilities when no life threatening conditions exist, as when people need rehabilitation or transport to and from long term care facilities.

Panola County currently has no system to transport those type patients using vehicles other than ambulances or health care personnel other than fully certified EMTs.

Instead, Cole and others have suggested, those patients could be transported using drivers and attendants with basic medical training, freeing up ambulances for more critical care.

Cole said that idea is being discussed with hospital officials and state health officials, but added that a long-term solution of educating the public about proper use of ambulance service is most needed.

“We have to get to them young and teach them what an ambulance is for and more importantly what it is not for,” Cole said, referring to the many calls that EMTs answer for minor complaints.

Through previous medical experiences, Cole said, some people have learned key words and symptoms to tell paramedics to ensure they will be transported to a hospital.

“It’s sad to say, but we do have ambulance abuse,” he said. “Unfortunately there are times when serious medical cases have to wait on an ambulance longer than necessary, or their family finally loads them up and takes them, because of abuse.”

Cole compared the coming crisis to the terrible year of 2001 when Batesville led the nation in per capita fire deaths when 16 citizens lost their lives in a series of house fires. County and city officials obtained grants and implemented programs that eventually led to top-quality smoke detectors installed in almost every home and business in Panola County, greatly reducing the number of fatalities in the following years.

Part of the solution to the fire deaths in 2001, though, was a concerted effort to teach fire safety and prevention in school classrooms, with emphasis in the younger grades. Over the following decade, those students who learned fire safety as children graduated and began to enter the workforce and have homes of their own.

“It worked then and I think that approach would work now,” he said. “We have to teach them when to call the ambulance and when not. It’s going to take some work but the material is already printed and available and we will just need to take advantage of it and set it up with the schools.”