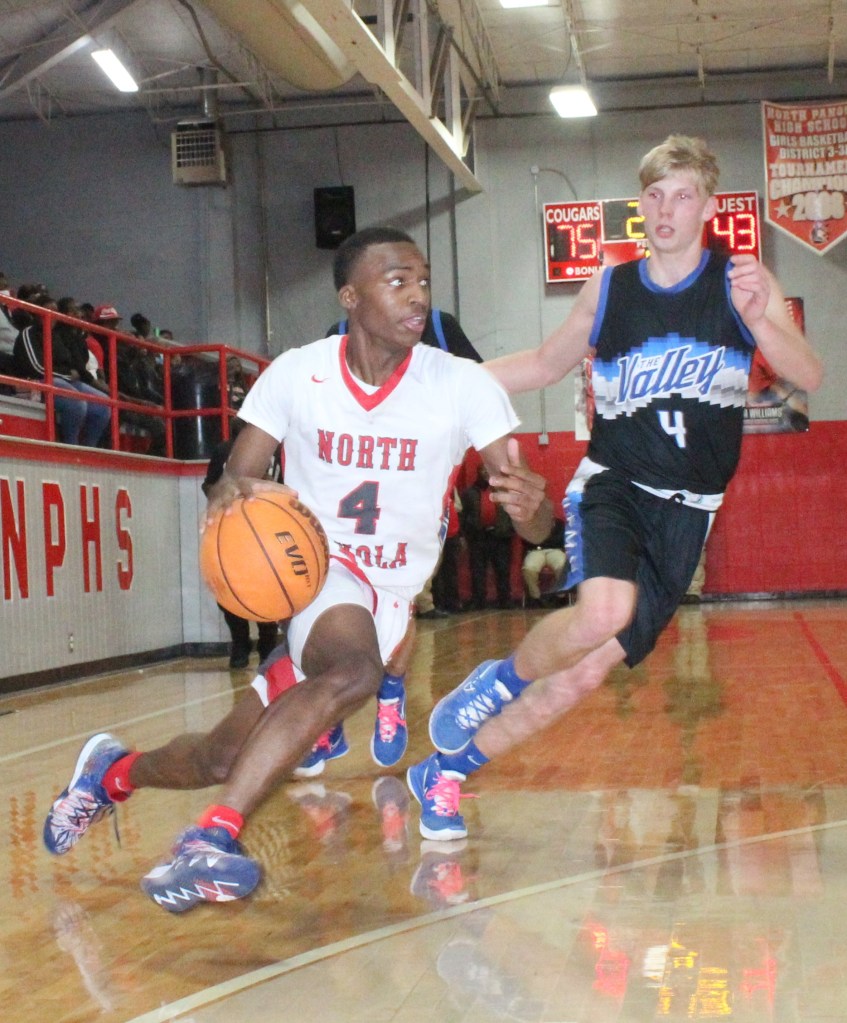 Last Saturday night’s second round of the North 3A State boys playoff in Sardis featured two of the top scorers in the state in North Panola’s Cedquavious Hunter and Amory’s Charleston Wallace.

While both sharpshooters were held below their season average, it was the Cougar defense and clutch shooting from Tony Davis, Jr., that keyed North Panola to a 68-55 victory and into the quarterfinal round.

The Cougars (23-5) will host Booneville (22-5) this Saturday at 7 p.m for the right to advance to the State semifinals on Wednesday, March 2, at the Mississippi Coliseum in Jackson. If NP can get by Booneville, they will square off against the Franklin County/ Biloxi-St. Patrick winner.

With Amory clinging to a 50-49 lead with 5:15 remaining the game, North Panola went on a 13-0 run keyed by forcing four straight turnovers that were converted into points.

Hunter scored 26 on the night, eight below his average, and gave the Cougars the lead for good at 51-50 with a layup off a Panther turnover.

Following consecutive buckets by Hunter, Jakeen Bowdery knocked down a huge three pointer at the 1:43 mark to give North Panola a 58-50 lead. After Hunter later converted two throws, J.J. Harrell iced the game with a break away jam in the final seconds much to the delight of a packed Cougar Den.

North Panola led 45-43 after three quarters thanks in part to a pair of treys by Davis, who finished the game with 16 points and a three pointer by Jaqwan Gale that tied the game at 37-37 with 4:00 left in the period.

North Panola opened the playoffs with a 83-43 thumping of Water Valley lat Tuesday (Feb. 15) in Sardis.

Hunter led all scorers with 38 points followed by Davis with 12. Marterrion Renix added eight while Brown and Aston Clay garnered six each. Ferenzo Cannon and D.K.Williams chipped in with five points each as Gale ended the scoring with four points.