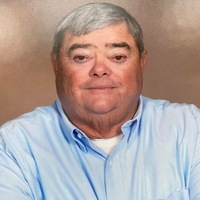 Mr. John Farrish, Jr. passed away peacefully, surrounded by his family, in the early morning hours of  Tuesday, Jan. 25, 2022. He was the husband of Patricia Farrish of Batesville.

Funeral services for John will be held at 1 p.m.  Thursday, Jan. 27,  at Calvary Baptist Church in Batesville. The family will receive friends beginning at 11 a.m. prior to the service. Interment will be held at Magnolia Cemetery.

He was born in Greenwood to John Melvin Farrish Sr., and Mary Lindsey Farrish. He graduated from Chamberlain Hunt Military Academy at Port Gibson in 1969. After attending Ole Miss, he went into business with his father. He served as Vice President of Farrish Gravel Company Inc. and other family businesses throughout the years. In his leadership capacities, he oversaw numerous highway construction projects across North Mississippi.

John was a member of the Mississippi and American Road Builders Associations, and the National Asphalt Paving Association. After the family business sold, he worked for various other highway construction companies, and lastly, he worked for RockCo Mining, where he worked with some of his closest friends until his death.

He was a member of Calvary Baptist Church in Batesville. He was preceded in death by his father, John Melvin Farrish, Sr., and his sister Carol Farrish.

He was survived by his mother, Mary Farrish, one brother, David Farrish, and two sisters, Linda Naugher and Judy Johnson.