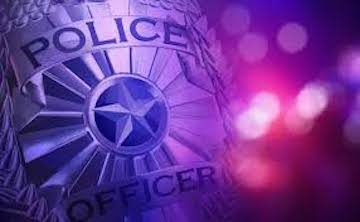 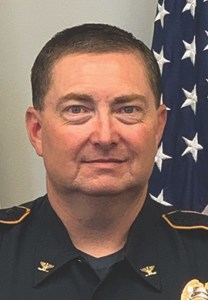 Batesville aldermen agreed last week to study police call data for a portion of Willa Street after the alderman for that ward asked the city attorney what steps should be taken to have several residences declared public nuisances.

A public nuisance declaration signed by a Chancery Court judge would force the houses to be vacated. Similar action was taken last year by Panola County when County Attorney Gaines Baker persuaded a judge to issue a temporary injunction for an address on Willow Street, just outside the Sardis city limits.

Alderman Stan Harrison told fellow board members he has been getting complaints from residents who live near the area for several years and sees no other way to make the neighborhood safer, and quieter, than to make a finding that the houses in question have become a nuisance and hindrance to the well-being of the general public.

“The police have been on 27 calls in the last year to the same two or three houses and I’m ready to get it stopped, I don’t care what it takes,” Harrison said. “I’m leaning on (City Attorney Colmon Mitchell) to tell me what to do, either with our police department or the code office, or whatever has to happen to get these people out of business.”

Mitchell advised the board that proper procedure is getting law enforcement involved to justify the city asking a chancery judge for an injunction.

“It’s a process and you have to lay the groundwork,” he said.

“If there is something going on that is illegal the police need to be writing some tickets and charging some people with crimes. That’s the first step. If you have a breach of the peace, or loud noise, or anything that would rise to the level of public nuisance it needs to be recorded. It’s like building a brick wall and every brick counts,” Mitchell told the board.

Chief of Police Kerry Pittman said he would need to review incident reports from each of the calls to give aldermen a detailed report of the type of activities that police have encountered in the area.

“We don’t always make an arrest on a call. Sometimes officers go out and it’s just a dispute between a man and a wife but no violence and we don’t need to make an arrest,” Pittman said.

Looking over the list of 27 calls at the meeting, Pittman said he recognized several names and knew that drug charges had resulted in some of the calls, and citations and arrests in others.

“If there is an arrest to be made, we make it,” Pittman said.

Mitchell told board members the most well-known public nuisance case in this area was in Oakland where a cafe on Main Street became a hotbed for late night carousing, public drunkenness, and lewd behavior in the early 1950s.

“This place sold alcohol late into the night and didn’t have indoor restroom facilities so people were disturbing businesses and the people that lived near downtown,” he said. “There were some arrests and people charged with crimes and an injunction was issued to have the place shut down.”

Mayor Hal Ferrell suggested the Code Office contact the owners of the property about the behavior of the current tenants.

“Maybe we should communicate with them instead of just telling them what we are about to do,” Ferrell said.

Harrison countered that Code Office employees had been unable to determine the names of the owners because courthouse records list only business names with no contact information.

“We’ve tried all that, mayor, but nobody can find out who these people are,” Harrison said. “All we know is that they don’t live here and probably don’t care what we are going through not only in this particular area, but all over our town.”

Aldermen are expected to hear an update at Tuesday’s regular meeting from Chief Pittman about the police call numbers from the area in question, and from the Code Office on efforts to contact the property owners.