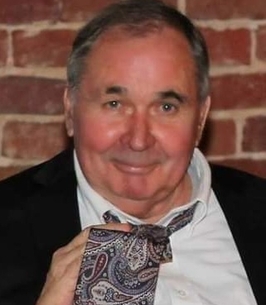 Jimmy graduated from Senatobia High School in 1962. In 1969, he began his lengthy career as a Memphis Police Officer. During this time, he participated in several undercover operations and would tell the most amazing stories of his experiences, to his friends and family, always making sure he got a good laugh out of everyone. When his father became ill, in the 1980’s, he moved his family from Memphis to Looxahoma, to take over the family farm.

Jimmy became a huge supporter of Magnolia Heights School where his daughter, Amanda attended and played basketball. He could be found standing in the lobby, nervously eating one bag of popcorn after another, while cheering on the Chiefs! District and state championships were extra fun, as Jimmy was known to make huge poster signs and travel ahead of the team bus, then stand on the side of the interstate holding up signs saying KA CHIEFS-WE ARE #1!

He was loved and adored by every student at school. It wasn’t uncommon for him to host rook card games at their house. Jimmy’s love of animals began at a young age. He would often tell the story of the one time that he was convinced to go rabbit hunting with some friends, then attempted to shoot a rabbit, and put it inside the pouch he was carrying. Only for the rabbit to poke its head out and look at him (he had only grazed it) and hop down and jump away. He said he never went hunting again.

Over the years, he rescued many dogs and even a raccoon. He and his sister, Margie were loyal supporters of the Tunica Humane Society. Jimmy would ask his daughter for updates on the Facebook stories his wife, Joann showed him.

Jimmy leaves behind a legacy of a hard work ethic, laughter, and importance of family, whom he loved so much. We carry him with us through the people he loved and the many stories he gave us to tell of his life. There will never be another Jimmy Mize!

Left to cherish his memory is his loving family, which includes his wife, Joann Smith Mize , with whom he celebrated marriage of 56 years, in November; his only child Amanda Mize Pope, son-in-law, Garry; granddaughters, Madison Pope, and Meagen Russell, her husband Jarad; sister Wanda Mclendon; three precious great-grandchildren Ezra, Iris Ann, and River who affectionately called him “g-daddy”. He is preceded in death by his parents, James Lindsey and Kathryn Mize and his sister Margie Howell.

In lieu of flowers, the family ask for donations to be sent to the Tunica Humane Society in his memory.