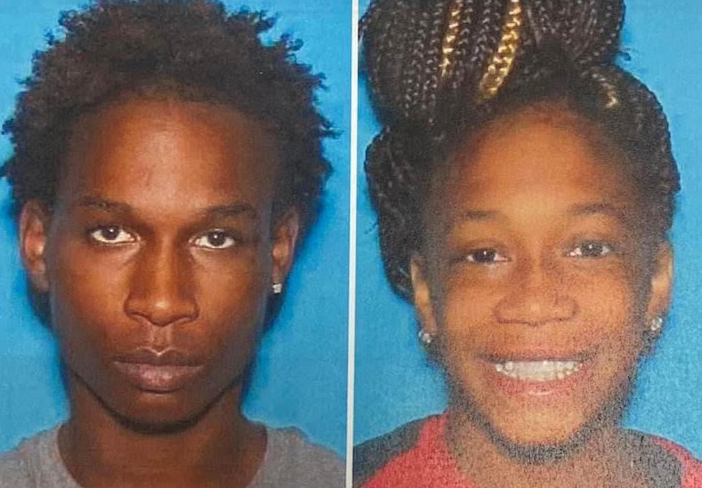 MBI was seeking pair for drive-by in Oakland, armed theft in Pope

Tupelo police took two Panola County teenagers into custody late Friday afternoon, Jan. 14, ending a two-day search for the pair, who Sheriff Shane Phelps had warned were armed and dangerous. They were apprehended without incident.

Jadarius Chapman, 19, and Chanel Butler, 17, were wanted for questioning by the Mississippi Bureau of Investigation for an armed robbery that happened early Thursday morning in Pope. The MBI became involved when the same car was found in Pope at the location of the armed robbery that had been seen at a drive-by shooting in Oakland in the early morning hours of Jan. 12.

According to reports, Butler and Chapman confronted her uncle in Pope the next day asking to borrow his car. When he refused, Chapman pointed a weapon and the couple took the man’s keys. His 2016 gray Chevrolet Malibu, with license plate PAD 4074, was stolen and the couple went on the run.

“We needed to get these young people off the streets right away before they could hurt somebody or themselves,” said Phelps. “It was a serious situation and we knew they had a firearm. We are glad this situation was resolved without anyone getting hurt.”

Some reports of the couple being seen in the Grenada and Oakland areas were accurate, but investigators said Thursday the pair could be anywhere, including having returned to Panola County where both have family and friends.

Phelps said the capture of the pair was a combination of good investigative work using information from the public and timely communication with other law enforcement agencies in North Mississippi.

As of Monday they remained in the Panola County Jail awaiting first appearances before a judge. Butler, although a minor, will be charged as an adult because of the nature of the alleged crime. She was expected to have a bond set at her hearing.

Chapman was reportedly out of jail on a previous bond from a previous arrest by Batesville police. The Sheriff’s Office will likely see a revocation of bond, if set by a judge this week, for Chapman because of the prior unresolved charges.