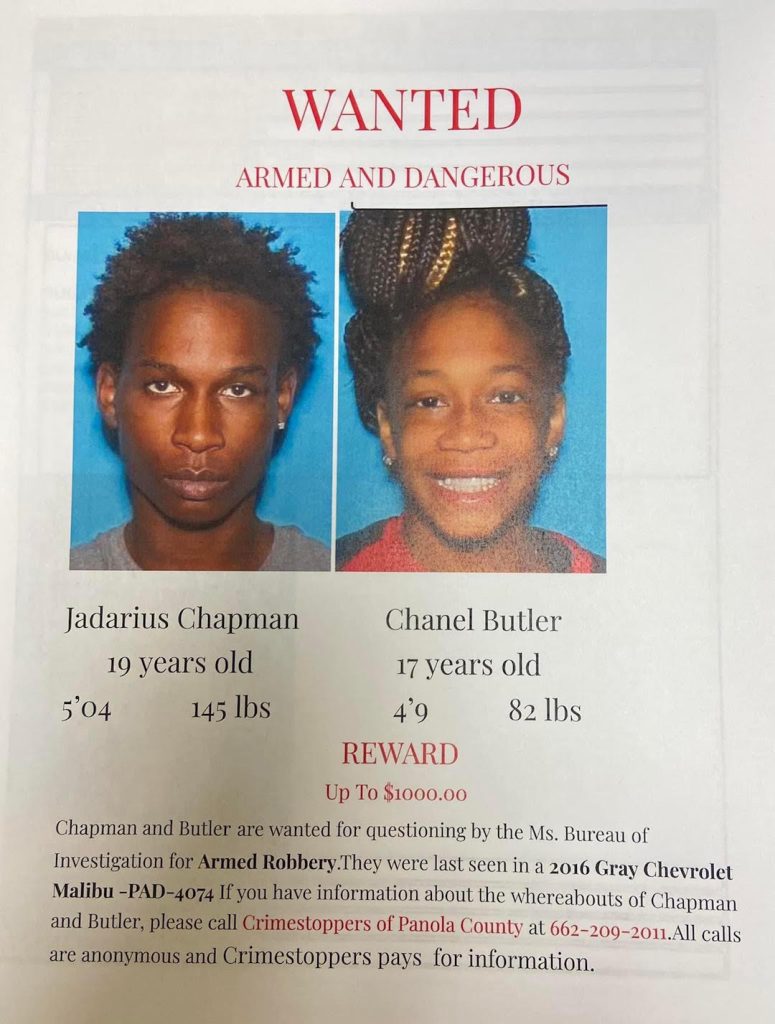 Jadarius Chapman, 19, and Chanel Butler, 17, are wanted for questioning by the Mississippi Bureau of Investigation for an armed robbery that happened early Thursday morning in Pope.

According to reports, Butler and Chapman confronted her father in Pope asking to borrow his car. When he refused, Chapman pointed a weapon and the couple took the man’s keys. His 2016 gray Chevrolet Malibu, with license plate PAD 4074, was stolen and the couple has been on the run since.

“We need to get these young people off the streets right away before they hurt somebody or themselves,” said Phelps. “It’s a serious situation and we know they have a firearm. Please call Crimestoppers with any information and do not attempt to make contact with these individuals. We want this situation to be resolved without anyone getting hurt.”

Some reports of the couple being seen in the Grenada and Oakland areas are accurate, but investigators said the pair could be anywhere, including having returned to Panola County where both have family and friends.

Crimestoppers pays for information, and all calls and tips are kept anonymous. The number is 662-209-2011.