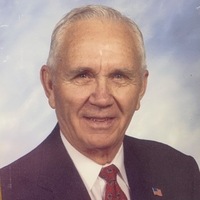 Funeral services were Jan. 24,  in the Martin Willingham Memorial Chapel of Wells Funeral Home with the interment  at North Oxford Baptist Church Cemetery in Oxford.

Billy was born May 24, 1930, to the late William Howell “Pat” Smith and Myrtis Locke Smith in Batesville. Billy graduated from Batesville High School in 1947. He attended North West Junior College and went on to further his education at the University of Nebraska at Omaha with a Bachelor’s Degree in Military Science in 1964.

In 1951, Billy joined the Air Force, where he proudly served his country for 26 years. During his Air Force career, Billy served as a combat bomber pilot during the Korean War. From 1954 to 1959, he was a pilot for SAC (Strategic Air Command). During the Vietnam War, he served as Traffic Control Officer for the 7th Air Force at Saigon from 1970-1971.  In August 1971 was transferred to Richards Gebaur AFB in Kansas City, MO as Air Traffic Control Officer. In 1973, he was transferred to Keesler AFB in Biloxi,   as Chief Officer in charge of Air Traffic Control Training where he remained until retiring in 1977.  After retirement, he taught Jr ROTC for the South Panola School District for seven years.

Billy was a member of the VFW Post 4968 and a former member of the Batesville Lions Club. He was the former Panola County EMS Director. Billy and Glenn McKittrick were the co-owners of the original Wendy’s Restaurant in Batesville.  Billy was an active member of Batesville First Baptist Church.

In addition to his parents, Billy was preceded in death by his wife of 62 years, Faye Evelyn Baker Smith, and one sister, Shirley Smith Joiner.

In lieu of flowers, the family request any donations made to the Disabled American Veterans.