AP Pegues rushes his way to All American Bowl 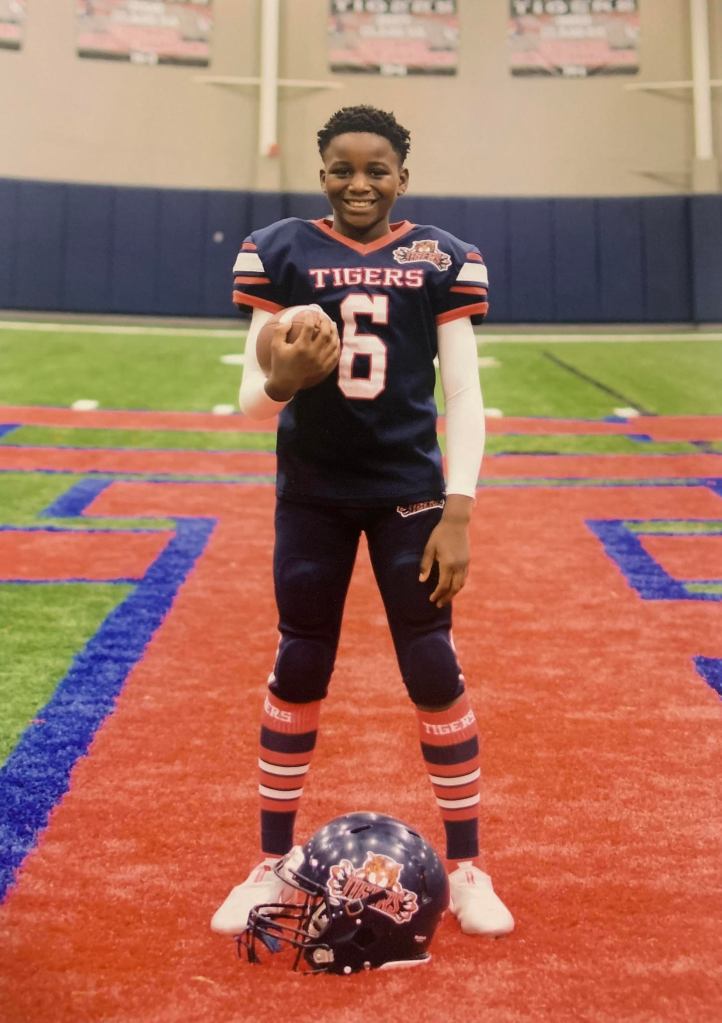 Aiden “AP” Pegues has been invited to participate in the 2021 Diamond Youth All American Bowl game in Myrtle Beach, S.C., Dec. 27-31.

The Diamond Sports Group is the number one exposure company for youth football athletes. Pegues has been impressing coaches and South Panola fans for three years as a running back in the Batesville Tigers youth program.

AP is a 5th grade honor roll student at Batesville Middle School. He is the son of Shunna Milam, Billy “Poncho” Heard, and Andrae Pegues. He is the grandson of Sandra Milam, Jeanette and Ezell Pegues, Daryl and Candace Fondren, and Carolyn and the late Samuel Jones.

AP began his football career at the age of six with the Batesville Tigers under the coaching of Tavares Lee, Fred Hentz, and many others.

Hertz said he wasn’t surprised to hear the young player had been invited to the Diamond Youth event. “I just wonder what took them so long. He’s a great kid and number one in his class. On the field you tell him once and he’s got it.”

“He’s a step forward guy and he makes his teammates better. If someone makes a mistake, he’s the first one to encourage them,” Hentz said. “His family has done a wonderful job, and it doesn’t hurt that his name is Pegues.”

He is also an active member of Nelson Chapel MB Church under the leadership of Pastor Fred Butts.

AP enjoys spending time with his family, riding his four wheeler, bonding with his dogs, and playing sports.

AP says his biggest role model is his big brother, Alvarez “AP” Powell, and his uncle Derek Pegues, a former South Panola standout who played at Mississippi State and later in the NFL.

He has a huge host of family and friends who will be cheering him on while he travels to South Carolina and enjoys the week of football practice, evaluations, and playing in the All-American Bowl game. 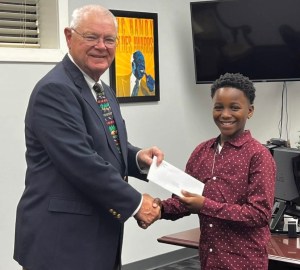 AP received a letter of congratulations from Mayor Hal Ferrell this week, and was invited to City Hall where he received good luck wishes from city employees.