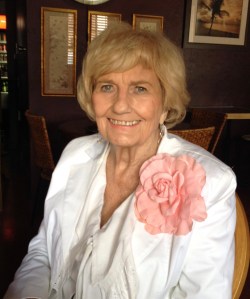 Alice Humphrey Kent passed away on December 2, 2021. Alice was born on August 7, 1933 in Greenwood, MS. At the age of five, Alice, her mother, and sister moved to Jackson to live in the beautiful historic home of her grandparents, Dr. and Mrs. John W. Barksdale at 1440 North State Street.
Alice enjoyed many happy and influential childhood experiences at Camp DeSoto, a Christian summer camp for girls atop Lookout Mountain in Mentone, AL. Alice was a DeSoto camper, a Chickasaw. She loved the camp songs, simple cabins and nightly campfires. Alice always portrayed the Camp DeSoto spirit of an upbeat “can-do” attitude towards life.
After graduating from Central High School in 1951, she attended Millsaps College where she was a Dean’s list student and a member of Kappa Delta Sorority. She was a member of the Cotillion Dance Club, a ribbon girl at Horse shows, a maid in the Carnival Ball and a member of the MEH Luncheon Club.
In 1957, Alice was President of the Vicksburg Jaycettes and was instrumental in having the Miss Mississippi pageant moved to Vicksburg. As president when Mary Ann Mobley and Linda Lee Mead were elected Miss America, she received the Outstanding Jaycette President Award. Her career as a civil service employee began in Vicksburg at the U.S. Corps of Engineers and the U.S. Waterways Experiment Station. Her government service continued at the Veterans Administration Hospital in Jackson and as a Flight Squadron Secretary with the U.S. Air Force Recruiting Service. During her tenure, she was chosen outstanding Flight Secretary for the United States. Alice retired from government service at NASA in Cleveland, Ohio.
Following her retirement, Alice earned her teacher’s certification in Macon, GA and then began instructing pre-school and special education students. She also taught and substituted in all schools in Prentiss County where she was employed as an Assistant Librarian. Alice had a great love for children and said she never met a child she didn’t love.
Following her husband Bob’s retirement from the Air Force in 1998, the couple moved to a private lake in North Mississippi. After Bob retired, he was invited to be a motivational speaker for Air Force recruiting throughout the United States. Consequently, Alice and Bob enjoyed many happy years of traveling.
One of Alice’s hobbies was gardening. Her lake-front home at Lake Mohawk was a showplace for a variety of beautiful azaleas. However, her butterfly garden was her pride and joy at their home “Paradise Point” at the Lake.
In 2000, the Kents moved to Diamondhead, MS. Alice was an active member of the Newcomer’s Club, Woman’s Club and the Diamondhead Mardi Gras Walking Krewe. As a devout communicant of St. Thomas Episcopal Church, she served as secretary of the ECW. She was a volunteer for the Diamondhead S.P.C.A., mentored elementary school children, and was a member of the Jamestown Society.
Due to the destruction caused by Hurricane Katrina, the Kent’s relocated to Como, MS in 2005. Alice was a member of the Como Home and Garden Club, the Como Community Club and Holy Innocents Episcopal Church and taught reading at the Como Elementary School.
Alice will be remembered for her Southern charm, her love for all living creatures, her kindness towards others, and her devotion to her family and friends. Her every phone call to her family began with the words “Hey Darling….” in the way only she could speak those words. Alice cherished her rich family history and sought to preserve it through her writings and colorful stories. She deserved the title given to her by close friends “The Countess of Como”.
Alice was preceded in death by her parents, William Guy and Emily Barksdale Humphrey, and her dear sister, Emily Davis. She is survived by her devoted husband, Bob Kent of Como; her two adored sons, Chester (Tanya) Wasser and William Barksdale (Teresa) Wasser; and her beloved grandson, Joel S. Wasser (Katelyn). She was fortunate to have two step-children, Eric Kent (Renee) and Bobbi Ingram (Steve Groth); and a niece, Dianne Butler.
Visitation was scheduled for December 14 at 10:00 am at Holy Innocents Episcopal Church in Como, MS, with a memorial service to follow at 10:30. In lieu of flowers, those wishing to send memorials may send them to Cedar Hill Animal Sanctuary, 144 Sanctuary Loop, Caledonia, MS 39740.