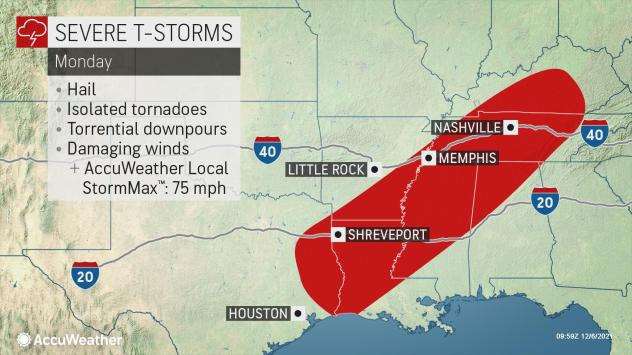 Conditions in the atmosphere across portions of the southern Plains and Southeast will be primed to produce a few explosive storms on Monday.

Severe thunderstorms started ripping across the southern United States on Sunday and spread eastward on Monday, triggering a series of tornado warnings and a couple of tornado reports. AccuWeather forecasters say the threat for severe weather more reminiscent of springtime than early December will persist across portions of the South on Monday.

A cold front associated with a potent storm set to dump snow across portions of the Upper Midwest, Great Lakes and portions of Canada will push through the South-Central states and part of the Southeast region early this week.

Severe storms ramped up on Sunday, with several reports of hail the size of quarters spanning from Arkansas and Oklahoma to Kentucky and Tennessee. Winds up to 65 mph were also reported in Jonesboro, Illinois. A tornado warning was issued for central Jackson County in Illinois on Sunday night, and there was a preliminary report of a tornado in Livingston County, Kentucky. 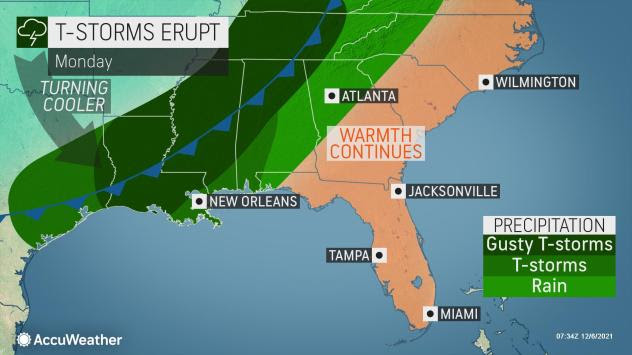