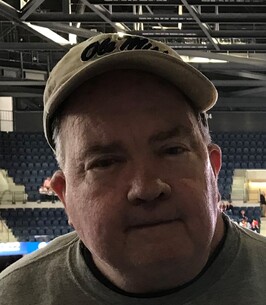 John Johnson, 65, passed away peacefully from pulmonary and heart conditions, on Dec. 4, 2021, in Oxford at Baptist Memorial Hospital – North MS. He was the last person carrying the Johnson name and was very proud of being a great-grandson of Andrew Johnson, an architect in north MS. He was a major contributor to a book about his great-grandfather and his work.

John graduated from East High School in Memphis and attended the University of Memphis School of Journalism. After college, he worked as a DJ in Covington, TN. He also worked in the restaurant business and at Walmart for many years.

John loved to garden, and when he had his own house, he had a beautiful backyard filled with flowering plants and trees. He was also a great sports fan, and enjoyed watching his favorite teams, the Saints, University of Memphis, Grizzlies, and Ole Miss. His
other love was Memphis BBQ and Tribecca Pizza in Sardis, where he ate as often as possible.

John was a loyal friend and was also loved by many people. He will be missed by his friends and family.