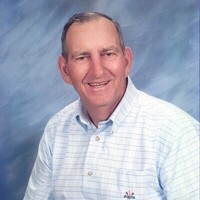 There was a memorial service held for Phil  Friday, Dec. 3, at Wells Funeral Home with visitation beginning at noon. Rev. Terry Tribble officiated.

Phil was born Febc. 2, 1947,, one of fifteen children to the late Jessie Phillip Darby, Sr. and Jessie Vee Stafford Darby in Panola County. Phil was a retired heavy equipment operator for Panola County. In his spare time, Phil enjoyed hunting and being outdoors. He was a Western Movie buff. Phil was a genius when it came to tractors and you would always find him in his shop working on the next project. He fixed and rebuilt many tractors over the years and was sought out by many for his expertise. He once built a tractor starting with a bolt! His favorite time was taking a nap in his recliner, which is the best time off.

In addition to his parents, Phil was preceded in death by three sisters; Jo Lott, Susan Cook, Melissa Forbes; and one brother, Bill Darby.