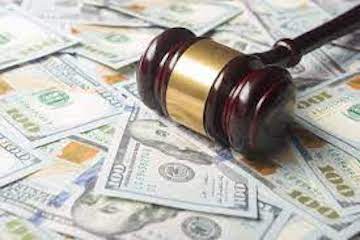 The City of Batesville will soon ramp up efforts to collect delinquent fines people owe from Municipal Court. More than $1.8 million is currently on city books.

“We are working on people who have not paid their fines,” said Mayor Hal Ferrell. “It’s a substantial amount of money and it should be collected.”

Ferrell brought the matter up at the last meeting of the Mayor and Board of Aldermen, updating officials on the options available to the city to collect back fines.

Ferrell said his discussions with Municipal Court Judge Jay Westfaul determined the city should file liens in the Chancery Court of Panola County.

The filings would cost the city $7 each, but would put the amount owed on a legal ledger that would have to be cleared by the debtor before that person could complete other courthouse financial business, including purchasing property that requires the recording of titles and some fiduciary instruments.

“We have already begun sending letters to people who have not paid their fines reminding them of the amount they owe,” Ferrell said.

Another option the city has not used, but may consider in the future, is contracting with collectors who would attempt to contact people about their court fines in arrears.

“That’s just a possibility and we are not doing that right now,” Ferrell told aldermen.

The mayor also updated board members on his plan to have new street signs erected in places where the current ones are faded, damaged, or have been removed.

“I think sometimes we have more streets without signs than ones with them,” Ferrell said. “I would like to have them updated all over the city, and if we find out we have someone collecting signs then we need to get them in here and ask for them back.”

Aldermen agreed the condition of signs across the city is not up to acceptable standards, and told the mayor he has their full support to make repairs and replacements as needed.