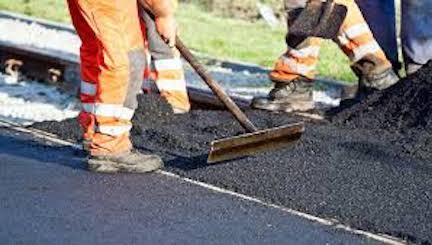 There will be no street improvement projects this year after Batesville aldermen were advised by Public Works director David Karr to delay paving and overlaying until spring 2022 when weather conditions wouldn’t threaten work and contractors are taking on new jobs.

Karr told aldermen he has wanted to change the street’s paving schedule for a couple of years, and this is a good opportunity to make the switch. “We do this every year,” Karr said. “The board waits until late fall to get serious about road work and then it’s too late. It would make more sense to start these projects early in the spring when we can get more for the money. Street work is one of the most expensive things we do anyway so we need to be sure we are getting all we can for the dollars spent.”

Aldermen spend relatively little money each year on street upkeep, compared to other city expenses. Generally, five or six streets, or portions of streets, are paved each year with aldermen taking turns with projects in their respective wards from year to year.

Karr suggested the board save the money allocated for the 2021 repaving and combine it with the 2022 budgeted money for a much larger street improvement undertaking in the spring.

Contractors will not bid on street projects this late in the year, mostly because they are winding down for the winter and asphalt suppliers are beginning to close their plants until next year. Karr also said he expects better bids with less costs per mile paved when the city asks for bids on a larger project.

Paving companies incur considerable expense moving heavy equipment to a job site, and are more likely to bid competitively for the city’s street repair work when the project includes twice the number of roads, and miles, than usual.

Batesville’s Mayor and Board of Aldermen earlier this year identified seven streets in the city limits that will be improved with either standard overlays and microseals, or ground up and repaved.

The list was chosen from a study the city commissioned last year that ranked the condition of every public street and road in the city limits, and prioritized improvements based on factors including current condition, amount of traffic, and probable repair cost.

This year’s improvement list has a projected cost of $583,889.17, including sales tax of 3.5 percent and a standard 10 percent contingency fee.

The estimated cost of repairs to the chosen streets is $514,439.

The streets and their individual projected cost are:

Each of the streets and roads in the improvement plan have different lengths that are to be repaired. Some are the whole streets and some are portions. Pepsi Rd., is in the Industrial Park and work to that road is considered economic development and is a shared project with the Board of Supervisors and Panola Partnership.

The board will keep these streets on the improvement list and add additional ones, based on the street rankings from the study, for a master list in the spring.