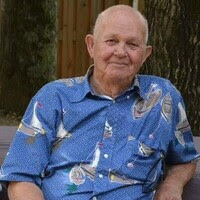 Royce Clark Cobb Jr. of Batesville, passed away peacefully Monday, Nov. 22, 2021, at his home in Sardis surrounded by his family.

He was born in Lambert, to Royce and Corrine (Sparks) Cobb on April 14, 1936. He married Sandra Gaines Busby on Sept. 8, 1957 in Batesville. He served in the U.S. Navy for four years and worked with his hands in construction and farming throughout his life.

He was preceded in death by his father, Royce Sr.; his mother, Corrine (Sparks) Cobb; his sister, Joyce (Cobb) Mullins; and his daughter, Paula Marie Cobb.

Visitation will be held at FUMC Batesville on Wednesday, Nov. 24, at noon with a memorial service at 1 p.m. Both will be held in the sanctuary.

In lieu of flowers, donations may be made to the charity of your choosing.