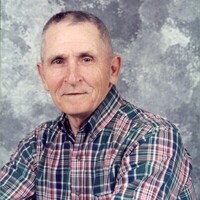 Funeral services will be held at 11 a.m. on Saturday, Oct. 30, in the Martin Willingham Memorial Chapel of Wells Funeral Home. The family received friends Friday evening at the funeral home. Interment will be held following the service Saturday at Peach Creek Cemetery. Rev. Lee Allred will officiate.

Floyd was born Nov. 25, 1936, to the late Adam Golden and U.V. Neal Golden in Marks. Floyd was retired from Cooper Tire Company in Clarksdale. He was a member of Calvary Baptist Church in Marks. In his down time, he enjoyed being outdoors hunting and fishing. Most of all he cherished time spent with his family.