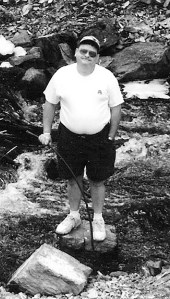 On Sept. 17, 2021, Master Sergeant Danney R. Stewart went to his heavenly home to be with his Lord and Savior Jesus Christ.

Dan was preceded in death by his father Carl Stewart.

Dan was also involved in Montana Disaster Relief Service where he helped re-build homes that had flood damage, mold remediation and clean-up. He also cooked for disaster relief teams and worked in other areas as needed.

Dan was the Vice-Commander of the American Legion Post 74 in Eureka, Mont., doing membership drives, placing crosses along Montana highways after a motorist fatality and numerous other duties.

Schnackenberg Funeral Home is handling the arrangements. There will not be a funeral service upon the request of Dan. A Celebration of Life will be held at a later date. For those who want to make a memorial gift, it can be sent to Valley Baptist Church, PO Box 1825, Eureka, MT 59917 – “Building Fund.”